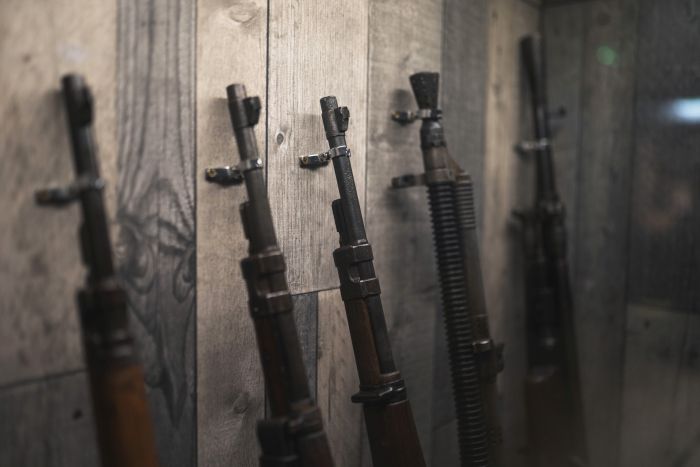 One might think that everything concerning a coup in Germany is a funny event organized by a clown from the right-wing scene. But the deliberations are anything but a funny opera.

What sounds like the plot of a James Bond film has become reality?

Apart from that, the protagonists of this plot are a disgrace to Germany.

If it weren't the Attorney General.

A bloodbath in the Reichstag and weapons under a castle in Thuringia. Well.

Quite the flavour of those who always spit cheeky tones when it comes to democracy in Germany. Judge Birgit Malsack-Winkemann came from their midst.

And the judge Birgit Malsack-Winkemann was a member of this Bundestag and drove her brown comrades to finally let the coup take place.

With soldiers who had sworn allegiance to the constitution of this state, accepting a bloodbath with many dead. As one may hear, the decision-makers of the state were to be eliminated down to the district level. Whereby the right-wing crooks of the conspiratorial scene hid behind Nazi language.

Weapons are said to be under the hunting lodge of the aristocratic real estate agent.

The real estate company of the nobleman Heinrich XIII Reußen, so one hears from well-informed circles, is said to have been a money laundering plant and various objects of this company were misused as a meeting place or storage place for arms.

Where did the money come from for the explosives that were to bring about civil war in the Federal Republic? Where is it?

Who supplied the explosives for the intended destruction of the infrastructure?

As is now known from police circles, the preparations for a coup d'état were well advanced.

For example, the power supply was to be interrupted by terrorist acts so that "civil war-like conditions" would arise in the Federal Republic. It was also planned to storm the Bundestag and restore the old order of 1871 or 1918. Members of parliament should be executed in a trial like in Nuremberg, so-called Nuremberg 2.0.

A nationwide raid was carried out during the night as the German Reichsbürger scene planned a violent overthrow of the system. According to investigators, about 140 properties were searched. Initially, 3,000 officers were deployed. It is the largest raid in the history of the FRG against right-wing radicals after May 8,1945 who wanted to reintroduce the German Reich of 1871.

Since the early hours of the morning, officers of the Federal Criminal Police Office (BKA) and special units such as the GSG 9, as well as several SEKs, have been taking nationwide action against the so-called Reichsbürger scene. The Corona denier scene and neo-Nazi groups in Germany were also targeted, although the boundaries between these organizations are fluid.

The "Schatten" (Shade) task force has searched 137 properties belonging to 52 suspects for clues to the background of the planned coup d'état. So far, 25 arrests have been made. In 50 (!) occasions, arms were found.

Special forces stormed a house in Berlin-Wannsee at 6 am. Minutes later, a raid was carried out on the hunting lodge Waidmannsheil in Bad Lobenstein (Thuringia). It is said to belong to a Reußen descendant. The list of persons to be attributed to the disputed Prince Henry XIII includes the following names: R. (71) and the former AfD member of the Bundestag and Berlin judge Birgit M.-W. (58) formed.

Investigators from the State Criminal Police Office in Berlin unearthed the secret alliance by convicting a man from Hesse. According to information received by the Office of the Attorney General at the end of August 2022, there was suspicion of an "anti-constitutional group".

The Federal Prosecutor General, who was then called in, determined in the proceedings "that the accused belong to a terrorist organization founded at the latest by the end of November 2021, which aims to overcome the existing state order in Germany and to replace it with its own form of state, which has already been worked out in outline."

Reservists and former members of the Federal Armed Forces are also said to be involved in the planning of the coup.