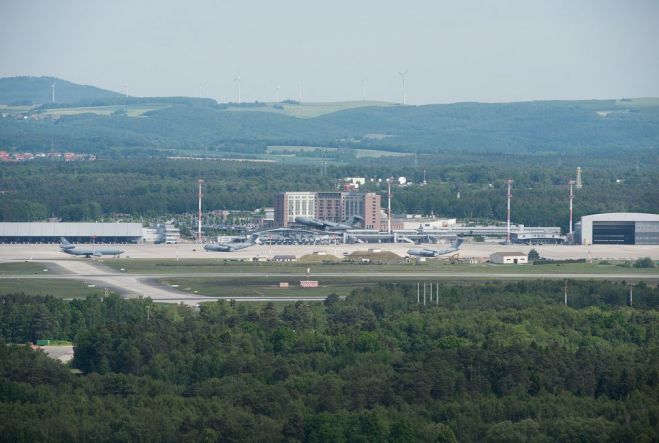 The friendship between the political USA and its Berlin counterpart has been cracking for many years. At the latest since right-wing populist Donald Trump pulled strings in Washington.

We need to talk about the military base at Ramstein.

It is about time.

And one must not mince matters.

Not only is the base an imposition for the population through the noise, exhaust fumes and environmental pollution, the airport, built in 1951, was built during the occupation. Within a European defence alliance, Germany is undoubtedly in a position to defend itself against whomever. But the enemies of the sociopath Donald Trump cannot be the enemies of the Federal Republic. The war against Iran is an American war, like Iraq, like Vietnam and countless others. Next one is North Korea.

As he lied to the audience during his campaign show, he wants to "make America great again", but please not at the expense of peace and the civilian population of another country.

Trump must be punished in every way. Every day. He is the guarantor of war.

First, who wants Trump in the country? He must understand that he and his doctrine are unwanted in the world.

Trump is not only forcing the dictatorship in his own country, but he needs the war against Iran to be able to abolish democracy in the USA.

Nobody is sure whether drones, which could even carry nuclear weapons, can be launched from Ramstein towards Iran, contrary to Obama's promise.

In the event of a possible military conflict, Iran would positively not bat an eyelid to attack the base with medium and long-range missiles. It would affect Germany. Trump is demanding more money for NATO in his arrogant way, without brains. He would not care about the deaths of tens of thousands of German civilians if only he would be re-elected.

One thing is sure, Trump and his Adlatus Pompeo will use every opportunity to wage war, to stay in power.

Therefore Ramstein must finally be consigned to history, and the withdrawal of the Americans from Germany must be decided. 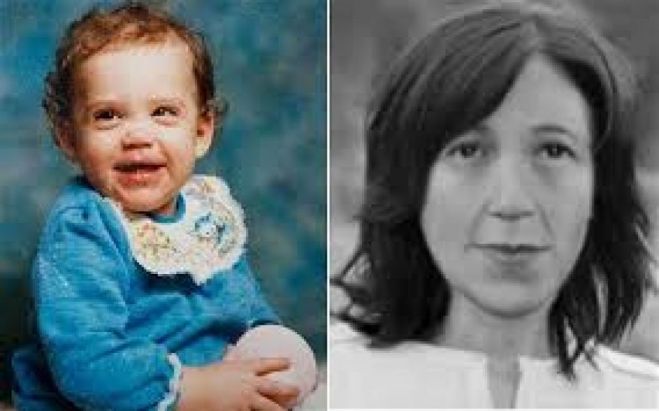 One of the most mysterious missing person cases after the war in the Federal Republic of Germany is the disappearance of 2-year-old Katrice Lee, who disappeared with her parents in an English supermarket on 28 November 1981,

"NAAFI Shopping Center", went to Paderborn-Schloß Neuhaus and vanished without a trace in the checkout area.

The girl, who had a severe visual defect in her left eye, had already undergone surgery and might have been noticed. What happened can only be guessed. It must have been fractions of a second that caused the girl to disappear. Katrice Lee was never seen again.

What initially looked like an accident- has turned out to be one of the most mysterious missing person cases in Germany over the decades. After Katrice they even dug in the river Alme. Nothing. Eyewitnesses from 1981 saw a man carrying a little girl to a green limousine at the time of Katrice's disappearance.

The girl's parents are firmly convinced that the now 40-year-old is still alive, under a different name. 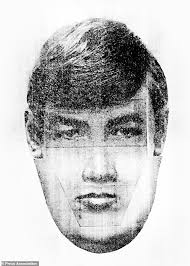 Whether the crime was connected to an incident two years earlier, in 1979, in front of a fast-food restaurant attached to a restaurant on the former school grounds of Eringerfeld Castle is still not clear. At that time, the local Steinhauser Strasse was observed for days from two vehicles in which British people were sitting and people, mainly young schoolgirls, were photographed. Before the police could intervene, the unidentified persons had disappeared. During this time, they had changed places more often and had retreated to the parking lot of an adjacent wooded area.

Castle Eringerfeld was 30 km away from Paderborn.

During this period the IRA was particularly active. Sources say that Katrice was taken hostage for the IRA because her father served with the British, "British Forces Germany".

In this context, there were several attacks in the Federal Republic of Germany, including in Münster, Mönchengladbach, Unna, Hanover, Osnabrück, Bielefeld and Dortmund. All the acts have taken place since the early 1980s.

Kidnappings were a speciality of the IRA, which at the time was waging unrestricted war against the British. There were countless examples, such as the case of the mother of ten, Jean McConville, who was abducted in 1972 and only became known decades later. Or the case of Thomas Niedermayer, the Grundig representative in Belfast and then German honorary consul, who was abducted in 1973 and only found in 1980 in a wild dump near Belfast. 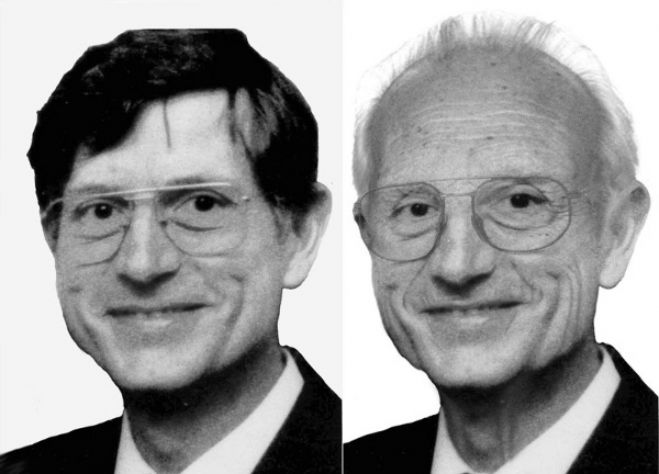 On 28 February 1994, water police forces recovered a female body from the Rhine near Oestrich-Winkel, river Main in Hesse. Well packed in a black travel bag, strapped with a SCUBAPRO diving belt and weighted down with 2.5 kg lead weights each.

The face of the dead was disfigured beyond recognition. For the next few years, it remained unclear who's corpse it was. Until March 2003, all attempts to identify the unknown were unsuccessful. Then the woman was then identified as Helga Mergelsberg after a facial soft tissue reconstruction. It was assumed that she and her husband, who had since been sought with an international arrest warrant, had "disappeared" in January 1994. It was not so.

Helga Mergelsberg, born on 30.03.1938, was registered at the time of her death in 64839 Münster, district Darmstadt-Dieburg.

Heinz Horst Mergelsberg had gone underground, and between 27 and 31 January 1994 he was last seen again in a hotel in the Cologne area under the false name "Heinz Wergers", then again in connection with the Düsseldorf company New York Broker Deutschland, which also went bankrupt a few years later. If the information is correct! After that, the trail of the smart investment broker who used options on precious metals and derivatives to fleece his clientele's lost, vanished. The total damage of approximately DM 17 million, at that time, was only the peak of the Iceberg. Mergelsberg was so smart to do twice as good business with his company (MOT) Main Option Trading, which also traded on the DTB (Deutsche Termin Börse). Serious estimates put the total damage at well over DM 30 million.

As if from papers that leaked to the press at the beginning of the millennium in connection with another investment firm as a source, partner Jürgen Hock had resigned because he did not trust Mergelsberg. Even Jürgen Hock had got into considerable difficulties and, according to his statements, was kidnapped by unknown persons, under the force of arms, to recover the investment.

There had been Russian bodyguards in the industry and they were extremely unpleasant.

Mergelsberg also succeeded in putting further brokers and table sellers under pressure. Later table salesmen from Mergelsberg moved from Frankfurt to Düsseldorf or immediately to Malaga.

A neat villa in Stresemannstraße in Frankfurt the company was integrated into the options trading of those days. Three cars, including the Mazda X sports car and a Terrano, were owned by the outwardly successful broker. His wife and he had spent a holiday in the USA over Christmas 1993/94.

As early as 1999, documents appeared in Baden that pointed to Mergelsberg's business, which was not business. He had looted the accounts and even owed his contributions to the pope of all option traders, the German Futures Trading Association (DTV).

For years Mergelsberg had contact with Dieter Breitkreuz, who died in a plane crash in 2004. Breitkreuz, head of Phoenix Kapitaldienst since 1977, as being active in the same business area as Mergelsberg, who has been missing since January 1994. Breitkreuz crashed under unexplained circumstances, 2004, on a golf course with a small plane. The gangsters helped each other in the days of 1993.

He also served the brokers, who passed the money directly to Refco. At Refco, which went bankrupt with 165 billion US$, the current right-wing populist Nigel Farage worked at that time. Through Man Financial in Sugar Square or AMT in London, the money was laundered as white as it would not have been possible with the best washing powder.

About numerous business friends of Mergelsberg, facts were revealed in these days, which the broker who worked for Frankfurt Airport in civilian life was not happy to hear.

Whether Mergelsberg is still alive at all cannot be answered. He had the best connections to Latin America, as well as many of the grey market traders who were from Marbella and South America. Wergers, however, was still a Term, years after Mergelsberg was supposed to have gone underground. A trail of the man with the French country estate led to India and there it silted up in Goa. A mistress was also quoted, which probably did not exist.

At some point, all anyone knew was that he had broken away. Some suspected that he had got with the wrong people and found a wet grave with his wife. Probably Mergelsberg died a short time later. There were men after him who came from the former Soviet Union. This story was told at least in the WTG companies, at the beginning of the millennium.

Tonight Mergelsberg is wanted in connection with the death of his wife on file number xy ungelöst. (German Crime Watch)

The public prosecutor's office in Darmstadt, therefore, has the following questions for the audience:

Who had contacts with Heinz Horst Mergelsberg or a person who appeared under the name of Heinz Wergers from the end of January 1994 onwards?

Who knows his current whereabouts?

In 1994, the accused was about 1.86 meters tall and slim. He had brown eyes and a strikingly forward-leaning posture. This posture is due to an illness and is likely to have worsened over the years. Heinz Horst Mergelsberg wore glasses and occasionally wore a full beard. A striking feature was a birthmark in the neck, about 5 to 6 centimetres in size. 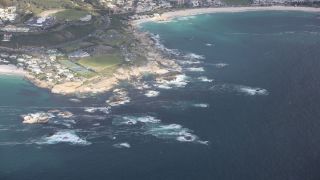