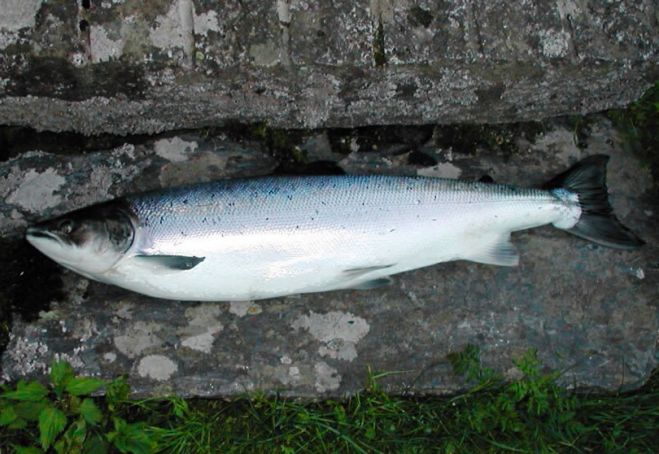 We want to open this article for everyone to post contributions in English language for the protection of wild salmon. The contributions can be sent as photos, film or simply as text.

This email address is being protected from spambots. You need JavaScript enabled to view it.

Write us what you think about farmed salmon.

In a world we live in, no one should have to fear publishing their thoughts just because they face the power of lawyers, lawsuits or attempts at bribery.

Capital has had its day. There are people who dislike this form of power and who resist its use.

The Earth's heritage is more important than fast euros.

The salmon is only synonymous with the environmental sins we leave behind for the next generation. Not to mention the children of our children.

It is unacceptable that large international corporations torture the creature salmon and systematically poison the consumer throughout Europe.

A predatory fish cannot feed in cages on pesticides, antibiotics and cheap food made from plant ingredients. Without respect for the creature animal that must die for our food.
In addition, fish are threatened by epidemics, such as the infectious anaemia of salmon (highly contagious ISA virus) caused by keeping them in cages. Because salmon kept in aquacultures is so poisonous that it is inedible, it also kills wild salmon in the surrounding area. It also causes numerous diseases, such as diabetes mellitus.

What remains are underwater worlds in Chile, Norway and elsewhere that look like a poisoned desert.

When consumers protest, the EU sets pesticide levels high. No.

If you have money like hay, you should find ways to breed these fish naturally, not in dirty and miserable environments.

Big business should be obliged to repair the underwater damage at their expense. And they should do so quickly before further damage occurs.

Beneficiaries are a few who are only interested in money, but not in nature, health or even species protection.
Although they emphasize this fact time and again. Nobody believes the corporations any more.

Now consumers must act.
And us.

Next article
The track of the salmon leads to Hamburg