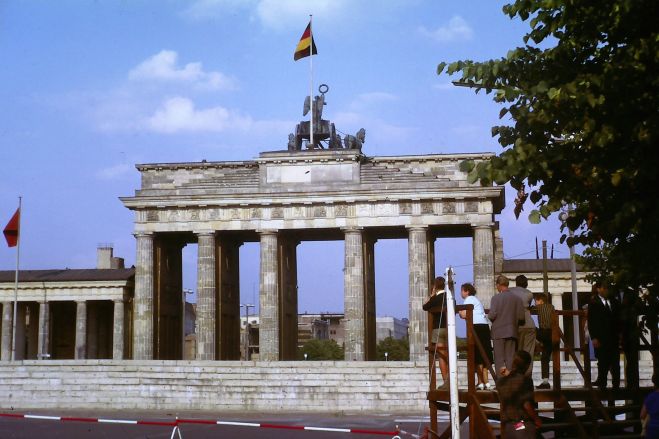 30 years later from a different perspective

Everyone remembers the momentous day of German reunification, October 3, 1990. The sea of flags in front of the Reichstag, at the Brandenburg Gate. No one will not remember the words of the then Unification Chancellor, Dr Kohl.

A year earlier, the resistance against the concrete-headed Communists in the Politburo in the former GDR had reached its peak. The people were braver than the thugs of the all-powerful Stasi and simply ran away from the state. That was a good thing. And the courage, the determination of the GDR citizens must never be forgotten, who brought the East Berlin regime to collapse. The scenes were very similar to the refugee crisis of our days; many people forget that they too were refugees. They were led by the help of those who helped the thousands.

Was the reunification of Germany the best thing that could happen to the country? Certainly not, if you look back. Germany should have stayed with two German states. In a confederation of some kind, in which the respective states could have slowly got used to each other. But the DM was roaring and the consumption of capitalism. Attentive observers noticed that the longest queues were not caused by the banana boxes but by the so-called "welcome money". At that time, it was 100 DM per person.

In the days of the silent revolution, nobody saw the consequences of reunification in a trite way, which Kohl literally whipped through in the slipstream of the shattering Eastern Bloc. The chancellor was right: it was a unique moment in history that made the German reunification possible, that made the 2nd Berlin Republic possible.

Someone in the GDR had supported the SED regime, which had come to an end. This circumstance was utterly forgotten in the exuberance of the times after the end of 1989. A revolution was underway. Kohl's ambition was to create the unity of a country that was no longer a "Unity of the Fatherland" and could not become one.  The henchmen around Honecker and his cruel apparatchiks, who could hardly be surpassed in dictatorial violence and who washed their hands in blood, did not entirely disappear overnight. The system of the FRG was simply imposed on the East.  Whether the citizens of the GDR wanted it or not. Nobody was asked or even thought about a pure referendum. There were critical voices even then.

But Kohl made a mistake; he forgot that the communists in the East shaped the generation that once experienced the end of the war. Indeed, thirty years later one can say that one German confederation, two German states, of course without the wall and the order to shoot, without the machinations of the Stasi, would have been the model for success. States that could have come closer slowly, without the social explosives that the SED dictatorship had left behind.

Kohl forgot the imprint left by the system. Now, 30 years later, the generation must bear the consequences of reunification. Those who did not like the democratic system of the Federal Republic, but who were quasi liberated with unification, want and are pushing for the abolition of democracy in Germany. In the present Federal Republic, a dangerous anti-democratic mood has formed in the ideological blocks of the SED successors and the nationalists. The European house conjured up by unification has cracks in it anyway, which are difficult to repair. Putin, who is doing everything he can to disintegrate Europe, the already repulsive Polish nationalism and the guarantors of freedom at the time, the Hungarians are sinking into another dictatorship. Indeed, another dictatorship is not the panacea for the problems of today.

No, the October 3 may be a date in history that certainly brought about a turnaround, but whether for the better? That remains to be seen and left to other generations to judge. At the moment, it does not give the impression.

To those who want to celebrate the memory of reunification, an excellent October 3!