Nasty rumours and a video far from the world

Nasty rumours have gone about Dr Ruja Ignatova and her more than mysterious disappearance in Athens, in October 2017.

Behind OneCoin was a pyramid scam that left an estimated €4.5 billion worth of damage in the world. Other estimates put the figure at US$15 billion. The purely real reason for Ignatova's disappearance will have been that the go-getting Bulgarian knew that the US Federal Bureau of Investigation was after her. Accomplices of hers will also have suspected and known this fact and therefore acted. It is more likely that the wanted woman is dead, and that the perpetrator had a video produced that cannot be surpassed in ridiculousness.

But, as with Wirecard-Marsalek, dubious connections to intelligence services are now surfacing. 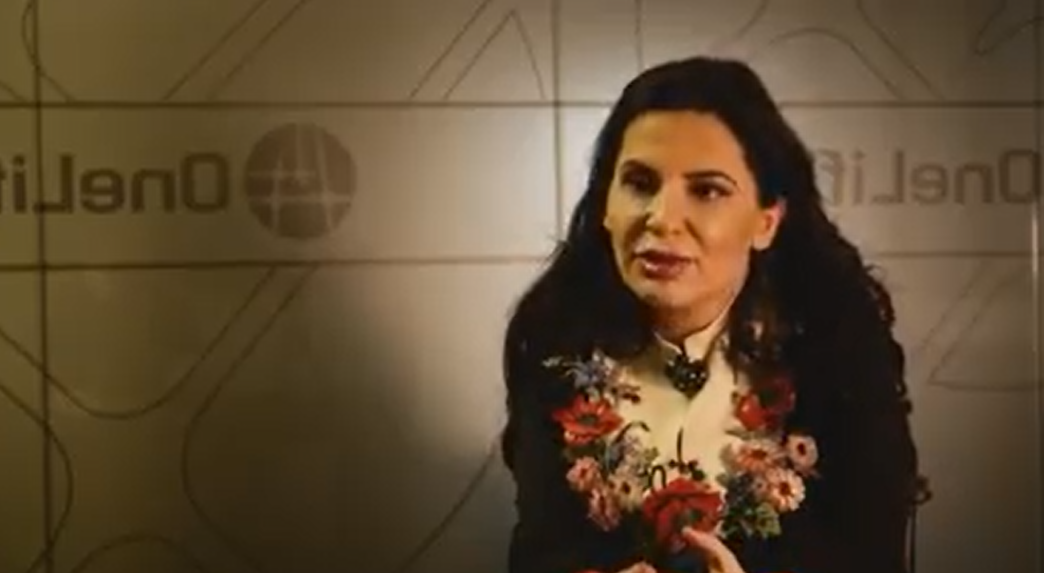 Not even a close resemblance to the Corpse, screenshot Facebook

Nobody knows what happened then, after the flight with Ryanair to Athens. Ignatova disappeared off the face of the earth afterwards. This gave rise to stories that are devoid of any reality, such as Ignatova having absconded to Russia. Or that Ignatova had come back to the EU as a refugee. It couldn't get any more absurd. Or that she was living in a palace in the desert. Well...! Passport copies from Dubai have even turned up, leaving doubts about their origin. Among them was an alleged document from the German embassy in Dubai.

But now a more than unbelievable video is really fuelling the rumour mill. Allegedly, as if from a cult, the alleged Ignatova is sitting and lecturing about the relaunch of the failed currency OneCoin. She talks about betrayal and is looking to the future, about OneCoin, like a fetish. Admittedly, the person Ignatova doubles bears a certain resemblance to the Bulgarian woman missed by many investors.

The garishly made-up boat lips and the black hair, as well as the nonsense the mime explains, fit in with the hopelessness of the OneCoin company. Moreover, at the end of the first edition of the video, which was created with a lot of technology, Russians are yapping. One does wonder. Marsalek is also suspected to be in Russia. It's a scoundrel who suspects connections.

A monstrous scandal is taking off

Meanwhile, there are even rumours that there was a connection between the fugitive Marsalek and the beautifully made-up Bulgarian woman. This monstrous network is said to have developed from Dubai.

Certainly, OneCoin was a maturation of the underworld, with the claim to create its currency, which would then function as money laundering. Thus, funds from sex hotlines and gambling were allegedly laundered in the currency initiative of the missing Bulgarian woman, entrusted to Marsalek by the Russian, Italian and Bulgarian Mafia.

So far, there has only been the arrest of her brother Konstantin, called "Konsti Keks" (biscuit) in the USA and the almost legendary celebrity hype surrounding the missing protagonist Ignatova. However, the de facto manager "Konsti Keks" since the disappearance of his sister became soft in the interrogations that took place in New York. The brother had arrived in reality shortly before his arrest in the US, 2019, following his Facebook account:

Companies built up around the queen of blockchain currency, enabling the surrounding group to receive billions in a financial circus show from investors, to launder billions more.

As everyone now knows or suspects, Ignatova had nothing to do with the concept of OneCoin. The day also had only 24 hours for her. She may have been chubby, but she wasn't particularly smart. While warped to the point of caricature, Ignatova now proclaims in the video that she had new ideas and not everyone passed the test she took with her then faithful.

Was money laundered through Luxembourg?

This includes Frank Schneider, the former head of operations at Luxembourg's Secret Service SREL, who is in extradition custody in France to be brought to the US. He is accused by prosecutors in the US of billions in fraud involving blockchain currencies. What the former vice-president of Luxembourg's Secret Service, who was previously accused of wiretapping then Minister of State Jean-Claude Juncker in 2007, had to do with Ignatova, for whatever reason, is explained by an insider as having switched sides to the bad guys. Schneider understood it was a pyramid scheme for money laundering on a very grand scale.

The tap operation is said to be the next unsolved action, the so-called "Bommeleeër" affair. It is about an illegal eavesdropping on the electronics engineer Loris Mariotto and an allegedly encrypted CD about a conversation between the then Prime Minister Jean-Claude Juncker and the Grand Duke about the stay-backs, attributed to the Gladio network.

Connections of the perpetrators, who have not yet been unmasked, lead to the phantoms of the Brabant gang, a group that left more than two dozen dead in robberies in Belgium in the 1980s and financed itself from questionable sources.

The video is a joke and this joke will leave more victims out of pocket for an investment mirage.

More in this category: « Most mysterious skeleton found in Lake Starnberg