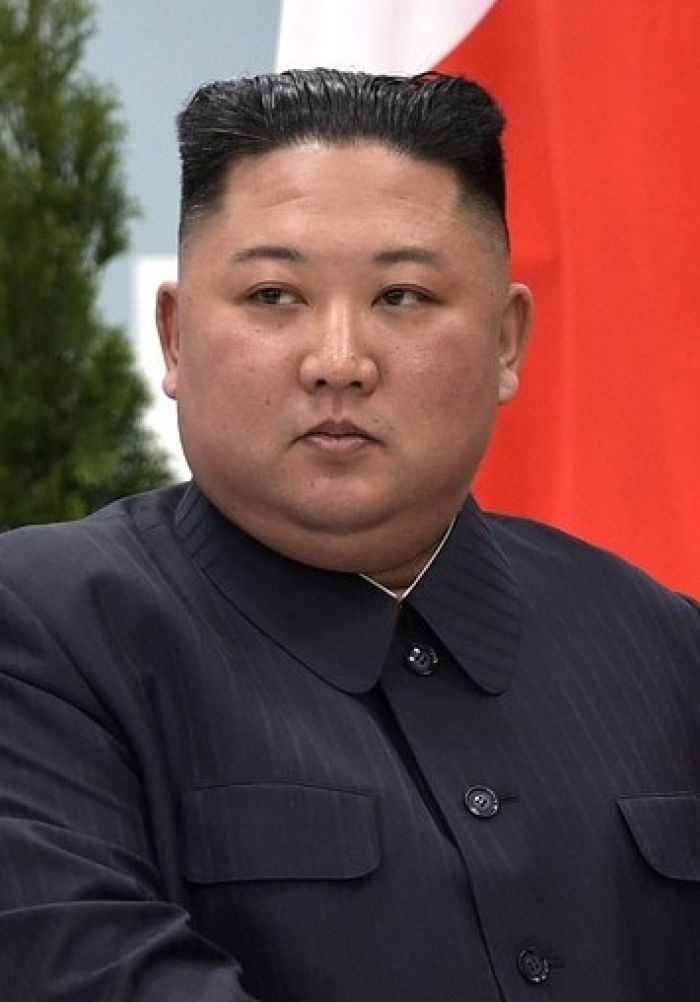 Speculations about a dictator

When it comes to Kim Jong-un, anything is possible. The North Korean despot was last seen on April 11. A few days ago, the dictator's tank train was spotted in Wonsan, which means nothing. The news out of North Korea is thin, and the facts are mostly sketchy.

Kim's wife, Ri Sol-ju, a former dancer in an orchestra that has since been disbanded, gave birth to a child in February this year, the third, if the news from South Korea is to be believed. Whether Ri came from the permanent entertainment brigade of the last dictator is not clear. Kim has ladies here who engage in prostitution with the great leader and who garnish the parties at which he gets his kicks.

Maybe, so the media speculate, Kim is just hiding from the Coronavirus in one of his palaces, where he owns a panic room.

Already there was speculation if Kim would not have survived heart surgery. He would "vegetate like a flower" without consciousness, numerous media reported. Now there is already speculation about who from the Kim clan could replace the 36-year-old despot. Yonhap, the South Korean news agency, said that the choice could fall on Kim's sister Kim Yo-jong. She recently also rose in favor of the Politburo organized like a sect and also originated from the Paekdu bloodline. The two Kim's are united by a deep trust that developed during their siblings' boarding school stay in Switzerland in the 1990s. At that time, both had been sent to the school in Berne, disguised as North Korean diplomats' children. Kim Jong-un lived under the name of Pak Un, his sister under the name of Kim Yong Sun until 2007 when she returned to her North Korean homeland and became director of the Ministry of Propaganda and Agitation. First, in the background, but then with a western handbag at inter-Korean summits, she was more in the foreground.

She is described as an absolute hardliner who observes the state-based Juche doctrine. Kim Yo Jong is said to be in no way inferior to her brother in terms of brutality and human coldness towards the regime critics of the 300-man influential leadership elite of the state.

The biggest problem is North Korea's army, which is penetrated by wicked older men and is estimated to have a standing army of 1.1 million.

Now the news from South Korea is more reliable than the stammering crap of a Donald Trump, who "somehow suspects how Kim is doing". Kim is said to be in good health, the South Korean government reported. The chain smoker Kim, who also likes to consume alcohol and drugs, is massively overweight and otherwise not blessed with health, is now already being searched for via satellite images. This means that Kim's living environment is being checked. According to experts, they compare the changes in Kim Jong's background with the changes in a hospital, for example, where the fleet of vehicles of his security men is parked.  The Pongwha hospital is the exclusive focus of the analysts because the Kim clan has its wing there. A clear signal would also be to emphasize the merits of Kim sect, which is godlike in North Korea if Marshal Kim was in a bad situation.

Even the regime's mouthpiece, the newsreader Ri, has not yet taken her "little black" out of the closet, as has become known about other deaths at the head of state.

Now, people in the West often make a mistake to compare Kim Jong-un with a character from a Batman movie. He might come across that way in the western world. Probably this is also what the Rocketman in the black leather coat in the third generation wants. But Kim's inhuman doctrine originates from the Korean War and the conflicts between capitalism and communism at that time. The hostilities from 1950 to 1953 could not be surpassed in cruelty.

No rumour or speculation is involved in the concentration camp-like camps in North Korea, in which people who violate the strange personality cult of the leadership are held, prisoner. When Trump starts telling stories about his unsuccessful meetings with Kim, he completely forgets about the regime's victims. Therefore, even if there is a change of power within the regime in Pyongyang, the international community must work for the release of those who are interned there.