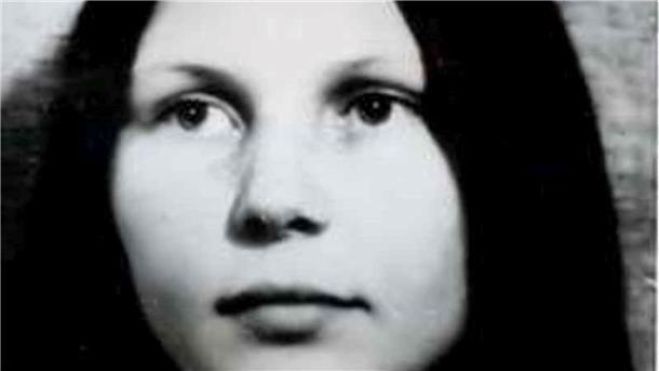 Tonight, the murder case of Anja Beggers and the other girls who disappeared in the Cuxhaven area between 1977 and 1987 will appear for the third time on XY Unsolved. (German Police File)

What happened to the girls?

Eduard Zimmermann had already been the subject of three cases in XY -Unsolved in December 1979. Unfortunately, the public broadcaster ZDF considered its own copyrights more important than supporting the search for the perpetrator, so the film clip from the programme at the time was deleted from YouTube.

Bodies or mortal remains were only found in a few cases.

The majority of German citizens who followed the daily events in the 1970s still remember the eerie series, in which a total of 13 girls are presumed to have perished between 1977 and 1987.

According to the authorities, seven of the missing girls in the Cuxhaven-Bremen area have not reappeared until now.

Chronologically, the following girls have disappeared without a trace:

Anja Beggers, (†16), from Midlum, disappeared after visiting a disco in Bremerhaven on 7 October 1977.

Angelika Kielmann disappeared without a trace on 7 June 1978 after a visit to a disco.

Anke Streckenbach († 19) from Cuxhaven. She disappeared on 16 May 1979 after attending a disco.

Ute Flemming (†10) from Osterholz-Scharmbeck disappeared on 3 July 1985 when she wanted to go to her friend's house.

Jutta Schneefuß (†23), who hitchhiked from Loxstedt to Bremerhaven on 13 June 1986, was never seen again. She left behind a daughter.

(Irene Warnke (19 years old, from Ringstedt) Her remains were discovered in the Entengrütze ditch in Bederkesa on 3 September 1986. She had been raped).

There were speculations about a serial killer in the Cuxhaven-Bremen area at that time who had been up to mischief.

A triangle could be drawn on the map by the places where the murders were committed and found, as well as the places of disappearance.

The police cannot confirm the theory, nor do they have any other clues that clarify the facts of the case today.

The case of the then 16-year-old Anja Beggers from Midlum near Cuxhaven has impressed itself on the public consciousness.

On 7 October 1977, the then 14-year-old girl disappeared without a trace after visiting a disco in the "Moustache" in Bremerhaven and has not been found since.

The television programme Aktenzeichen XY of 7 December 1979 revealed that the unknown person had called her mother several times and claimed that Anja was still alive. Once even that she was living in Berlin and had a child, as the gazettes of the day reported.

In March 1978, a strange piece of paper with supposed calls for help from an Anja was discovered by a boy from Lüneburg in a paper towel box at a motorway service station in Hamburg-Stillhorn. This is how the identity card turned up in a Munich sex shop a few years later when a group of teenagers is checked by a saleswoman. Today, Beggers would be 61 years old.

With a typical black and white photo from those days, she was even searched for on the Interpol site. So far, everything has come to nothing.

Likewise, Angelika Kielmann, then 19 years old, from Cuxhaven, was standing at the junction Westerwischweg/ Abendrothstraße after a visit to the Cuxhaven discotheque "Container" 7 June 1978 and has been missing since last seen. Anke Streckenbach, (then 19) had also last been in the same discotheque. Since that day, 15 May 1979, she has disappeared without a trace.

For a long time, it was probably assumed that some of the girls had fallen victim to a murderer who sought his victims in the discotheques in the 1970s.

This is contradicted by the fact that Beggers' identity card turned up again. Also, the girls were thought to be involved in the drug scene at the time because discos were frowned upon. Rumours that Anja Beggers had been in the former Colonia Dignidad in Chile and had fallen into the hands of a cult at that time can neither be verified nor do they seem to be true.

Thus, rumours also arose that Beggers had fallen into the hands of Göhrde's murderer and his suspected accomplice.

This was also true for the other girls who were probably murdered. The only striking thing in these cases was that the series ended suddenly. Because the murderer was in prison, or dead, or had simply turned to a new field? Any questions could not be answered.

At the time, investigations were conducted in all directions, kidnapping by a gang of white slavers was not ruled out, even the Dutch police got involved in the mysterious case. But, to no avail.

If you have any information: Please contact the Cuxhaven police or any local police station.