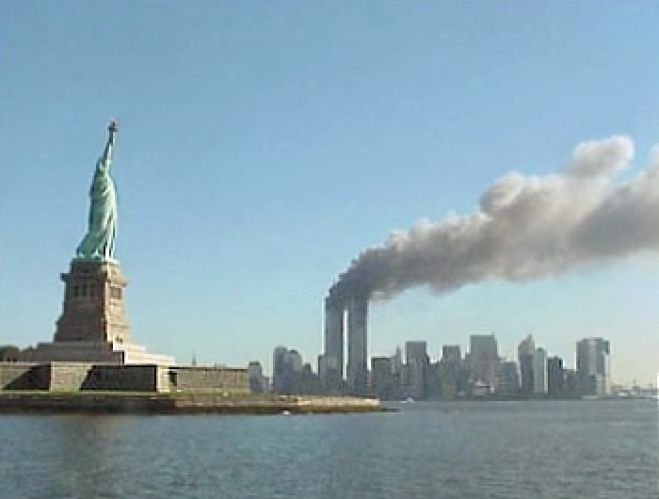 A day at the end of time

What actually happened, or happened then, is only clarified in fragments today - the involvement of Saudi Arabia and the crude regime is not obvious.

The next religious war began.

Now, one might think that a small terrorist group has won the war against almost the entire world community, if one sees the pictures from Kabul these days.

With the loss of the democratic structures of the state of Afghanistan to the terrorist force of the Taliban, much of what happened in the world after September 11, 2001 has become meaningless.

The horrific scenes left a lasting mark on the later generation.

The war that triggered a cascade of revolutions a decade later. Saddam and his absurd vision of the world. A servant of terror, Gaddafi, beaten to death by his people. Other despots from Arabia disappeared into comfortable exile.

The images of the attack on the World Trade Center in New York are unforgotten.

These snapshots of the event burned themselves into the collective memory of humanity. People still believe that it was a complete conspiracy, as the tweet below shows. However, governments did everything to keep the conspiracy going.

It was the declared war of a small group of utterly deluded conspirators whose sole aim was apparently to divide society.

The previous Taliban government in Kabul had given shelter to those who were dividing society worldwide, leading to the events that weeks ago caused people to fly out of planes, wanting to escape in much the same way as those trapped on the upper floors of the WTC towers. Until they jumped for fear of suffocation or burning to death.  Trump's short-sightedness in political matters, the simple and stupid answer of a populist to complex questions, enabled another disaster.

The world has learned little from September 11, 2001. The victims are unforgotten. At least we can remember them