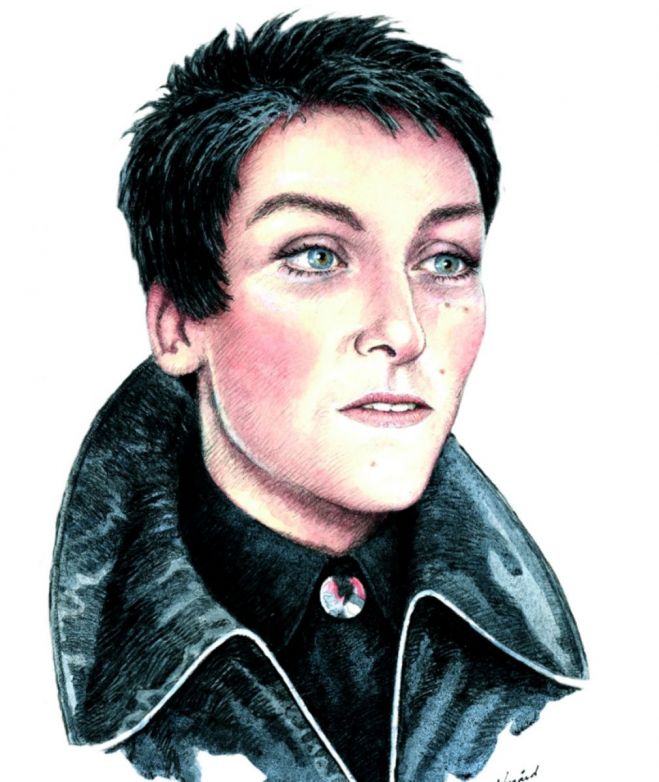 What initially looked like a routine operation turned out to be one of the most mysterious criminal cases in Scandinavia over the following years. The operation took the officers to the then noble hotel "Oslo Plaza" at the main station of the Norwegian capital.

A security guard claimed to have heard a shot from room 2805, on the 28th floor. Two people were allegedly in the room at the time.

The circumstance was  important for later investigations.

Someone other than the dead person found in the room on the night of arrival, probably used one of the room key cards.

This happened at about 12:20 pm on the day of arrival. Two days before the events described here. After that, the woman who checked in under the name Jennifer Fergate was only seen twice. Once she gave a princely tip to room service, otherwise the "Do not disturb" sign was hanging on the door. However, the unknown woman must have left the room and also the hotel. When this happened, the records in the Plaza gave no answer. 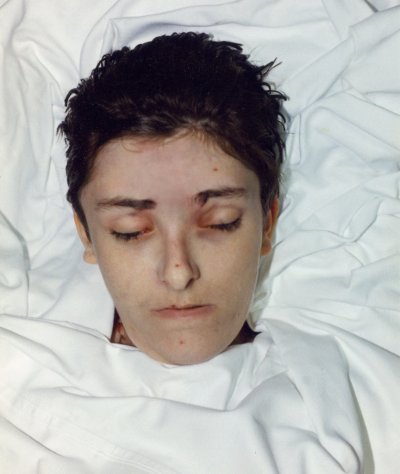 The room door had been secured from the inside. The plastic key cards were lying in the room.
On the bed, as described in the article "The mysterious death in Oslo Plaza", lay the body of "Jennifer Fergate". A young cultured person, as described by witnesses. The woman was lying on the bed to her left and staring up. A single bullet hole in her forehead. The room was dark. It was quickly established that she had registered under a false name, with a non-existent Belgian address, together with a companion, Lois Fairgate (Fergate). Only Lois Fairgate was missing, he had been seen once, checking in. He was described at about 1.85 m and at that time between 35-40 years.
The purpose of the visit of the stranger, who was in the room and who had been reminded several times to come to the reception, was not clear. She had failed to pay the bill (about 300 euro). The unknown woman had exceeded the credit limit. She had booked the room by telephone for the first time on May  22, 1995, and had rescheduled it for another date on  May 31, 1995. Flight list evaluations from these days gave no information about the unknown person.

Traces pointing towards terrorism in which the unknown person could have been involved were quickly discarded. A possible environmental action was also ruled out because of the then known Brent Spar, which was to be sunk off Norway by the oil company Shell.
During these years, the peace negotiations between Israel and the Palestinians, from which Oslo I and Oslo II emerged, also took place under Norwegian mediation. It is hard to imagine that someone with such a weighty mission could, under these circumstances, stay in an Oslo hotel, have a meagre last meal and then be shot. By whomever. 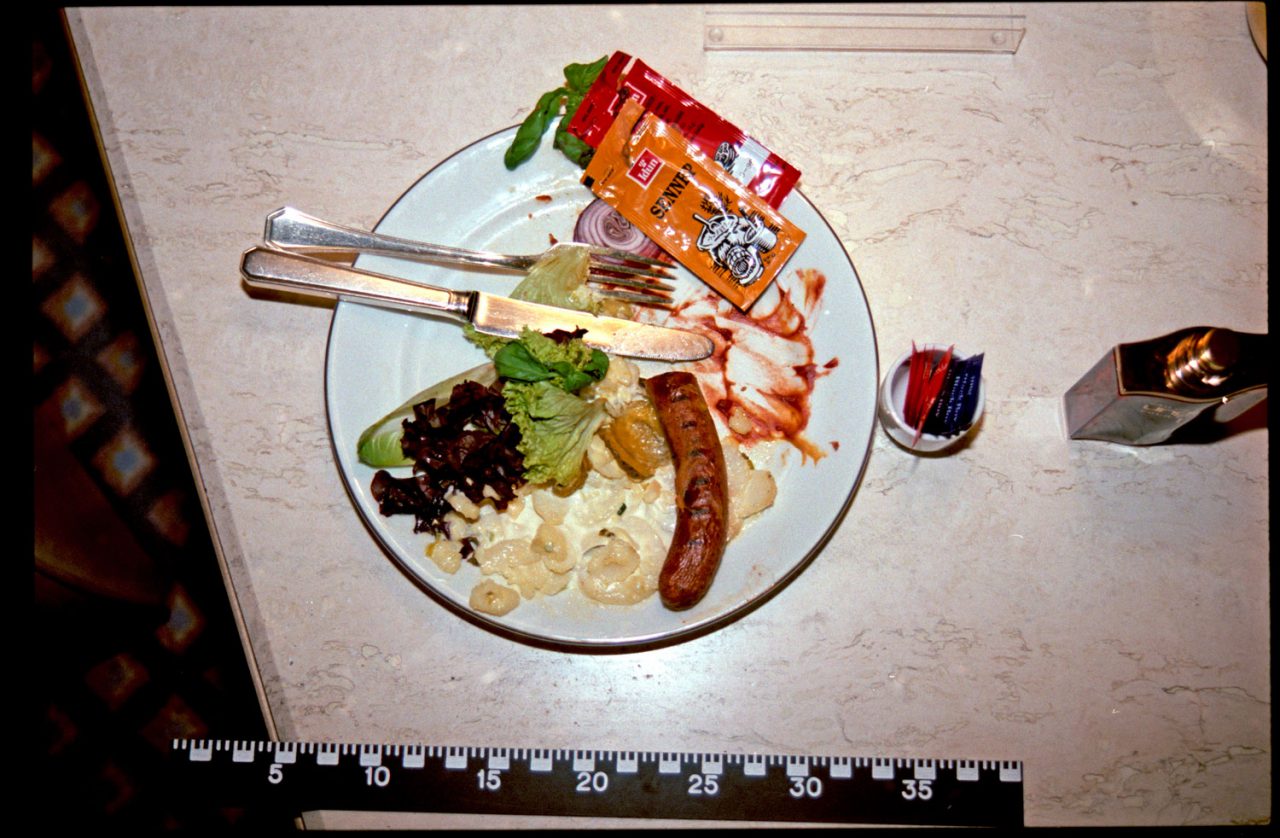 The only thing that remained was the intelligence gathering of information about the Bosnian war. Whole families had saved themselves to Norway. It was the first great wave of escape that had started during the siege of Sarajevo.
Only with what purpose, then, had she  travelled to Oslo on untraceable paths and in mysterious legend? The legend was so shaky that it could have been noticed at any time.
There were numerous other theories, but in this case, they could only be understood as working theories. The police in Oslo simply had too few starting points before the dead woman was buried in 1996.

Was the Plaza woman a drug courier? There was nothing to suggest that she was. Not even the luggage. According to her profile, the unknown woman was not a drug dealer who had brought goods to Scandinavia.
Was she a professional assassin or a contract killer? The whole situation would be grotesque, according to the later analysis from 2017, she was born around 1971.
Prostitution in the field of an internationally operating high-class play mate was also ruled out because the woman did not even have cosmetics. The handbag that she had with her when checking in was missing at the site inspection. Even her trousers or skirt were missing.

At that time, the death of the young stranger quickly became the archive of the "Isdal woman" and Kambomans added. What the investigators didn't intend to regard the death of Jane Doe from Plaza Hotel  suicide. Too much spoke against it, like removing all labels from the clothes, shoes, and any personal belongings, such as papers, wallet, make-up, from the possessions of the dead. However, the dead woman would have been wearing make-up, the newspapers reported at the time.
Also, the woman, in whose right hand a Belgian 9 mm Browning from Herstal was found, was missing any traces of blood and gunpowder, which would have been typical for such a situation if the woman had judged herself. The weapon was probably made in 1990 or 1991. The gun was fired once for test firing, probably by soundproofing it with a cushion, and then again when the fatal shot was fired. 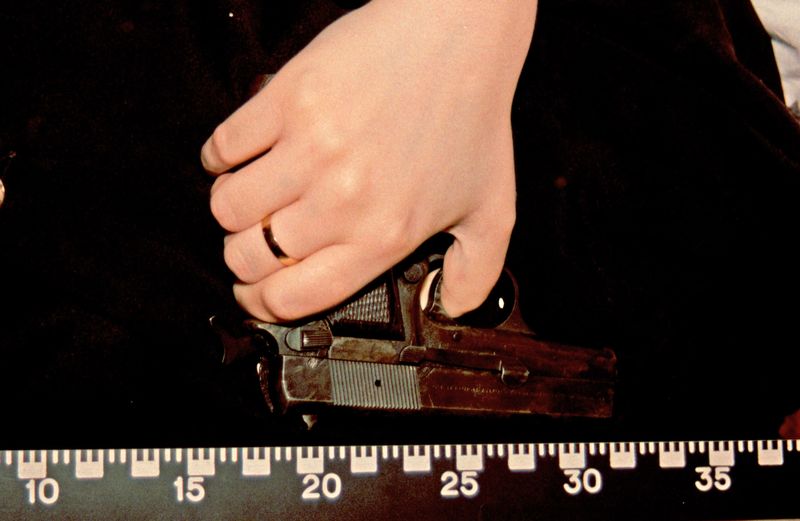 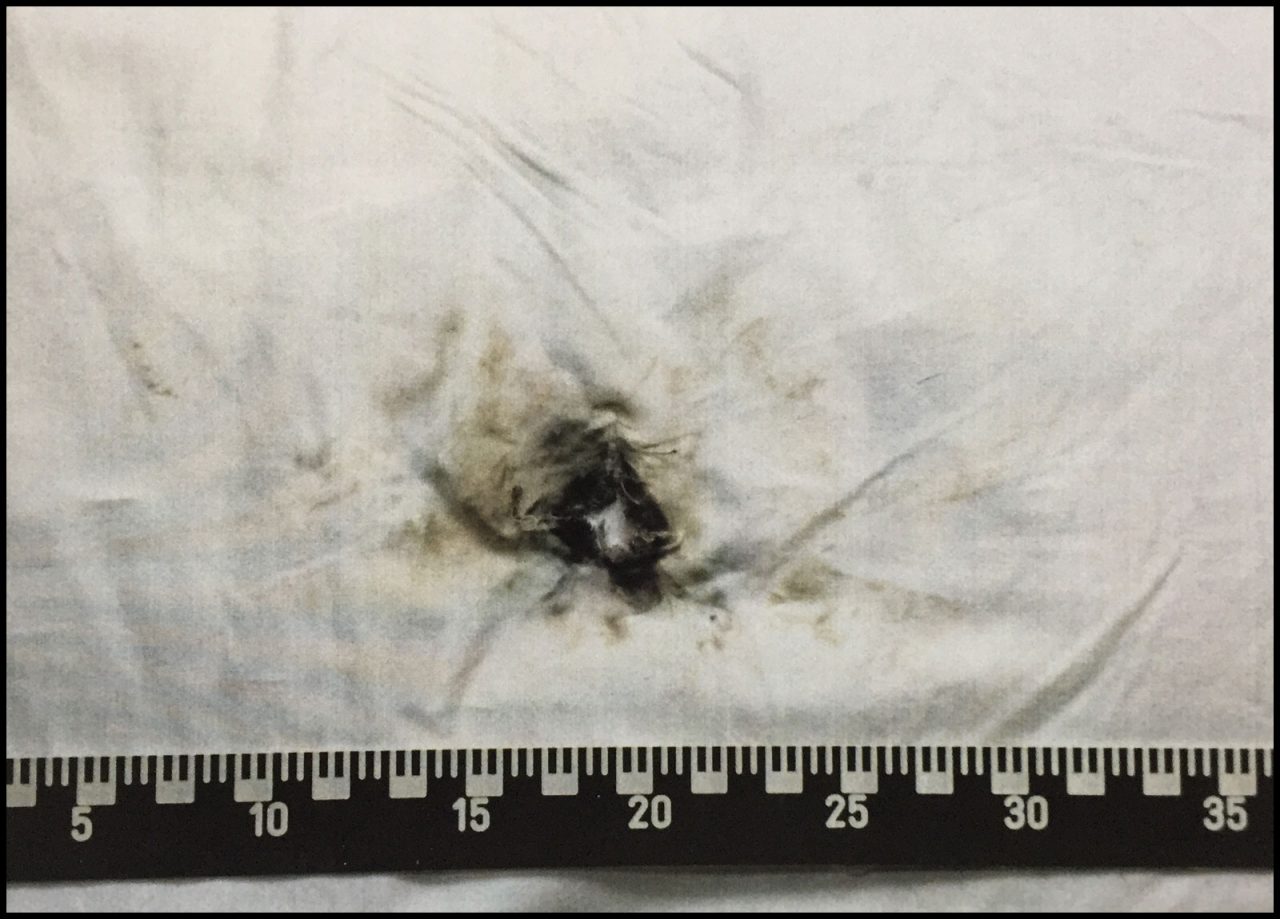 How did she come into possession of the pistol and how did this pistol come with her to Norway?
It is also unclear whether the fingerprints of the dead were put into context in Germany.
It was interesting that the gun had been treated with caustic liquid to literally destroy the recognizability of the series.
Since World War II, there are only about 15 corpses that could not be identified in Norway. And only three of the cases seem somehow fatally connected.
The door was locked from the inside, and the key cards were in the room. Investigators only found clothes without labels, all name tags and tags on her clothes were removed, a men's perfume, (Ungaro Pour L'Homme 1 cologne) a travel bag and a briefcase with 32 shots of ammunition.
The woman, born around 1971, wore a Citizen Aqualand (model: CQ-1021-50, serial number: C022-088093 Y, 2010779, GN-4-S). This watch was made in January 1992 and required batteries of type 370 from the Swiss battery manufacturer Renata.

The batteries were probably sold in March 1995 at Hertie Hamburg, Barmbek. At that time it was common practice in this former department store, the "Klotz von Barmbek", to attach such a punch with a nail. It was certainly not the only watchmaker's shop that handled it in this way. However, it is a starting point.

In this context it is interesting whether the dead woman belonged to water sports or diving club.
A jacket of the German fashion brand René Lezard caught the investigators' eye. The Schwarzacher manufacturer René Lezard had just made the jackets more expensive in 1995, it is still not clear where and when this jacket was bought.
In the room the police also found a green-turquoise canvas bag of the German brand Travelite, which produced suitcases and travel accessories in Germany since 1949. Whether this bag was purchased from Hertie - especially for the trip to the Plaza in Oslo - cannot be clarified any more, but in 1995 suitcases and bags of this kind were sold in the Hamburg department store.

The black leather bag of the German brand Braun Büffel from Kirn testifies to the fact that the dead did not exactly vegetate impoverished during her lifetime. The briefcase was part of a collection produced in 1986-91. The gold ring, which the investigators could secure on the right middle finger of the dead woman, had been made in Germany. The quality of the ring (333/8k) was more likely to indicate that the ring had been purchased in a shopping centre, in a chain store at the time, than at a brand jeweller.

Who can remember the gold ring on the right hand of the unknown dead? Who sold this type of ring in the mid-1990s?

The small gold earring worn by the deceased could not be identified.
The unknown deceased must have lived in orderly circumstances. The work on her teeth had been done with porcelain and gold. This work of a dentist could also have been done in Switzerland, Belgium or the USA. She weighed about 67 kg and was 1.59 m tall, had blue eyes and dark hair, perhaps these were dyed.
Years later, after an enamel analysis, the trail led back to Germany.
"For us, the region around Berlin is interesting. Maybe the woman was born in the former GDR", one of the investigators told the Norwegian Gazette vg Nyheter in 2017, who examined the case again in detail. After 22 years the exhumation was ordered.

A dentist who has performed her numerous dental treatments?
Who can provide information about the clothes of the mysterious Jennifer Fergate? The bras could have been bought from C&A (Brenningmeyer) in 1994. 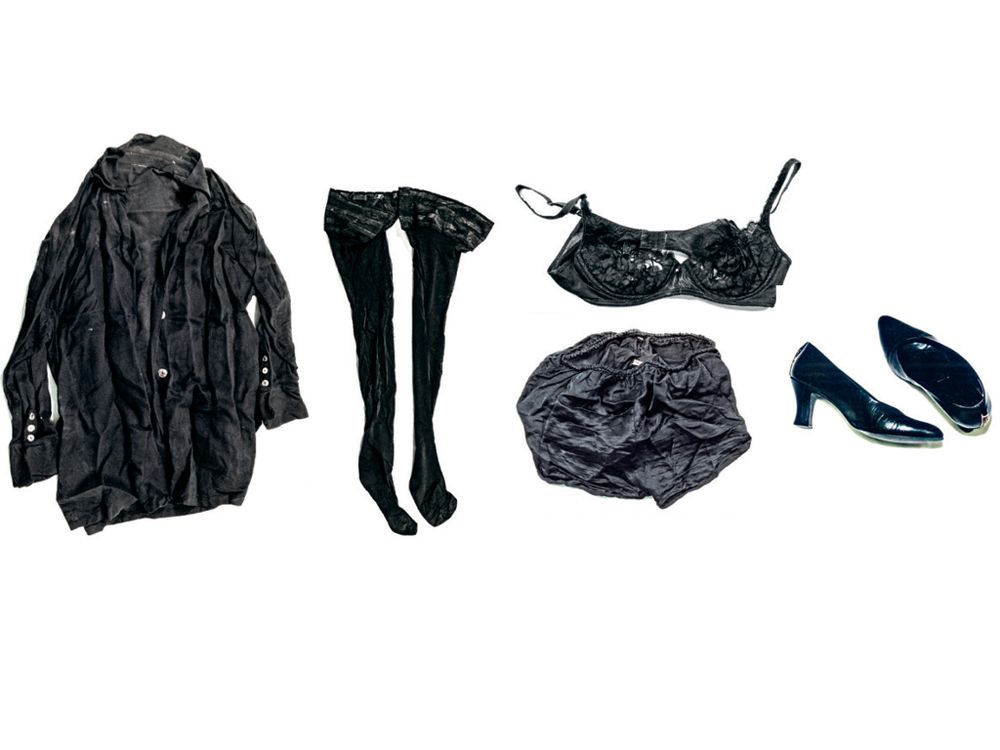 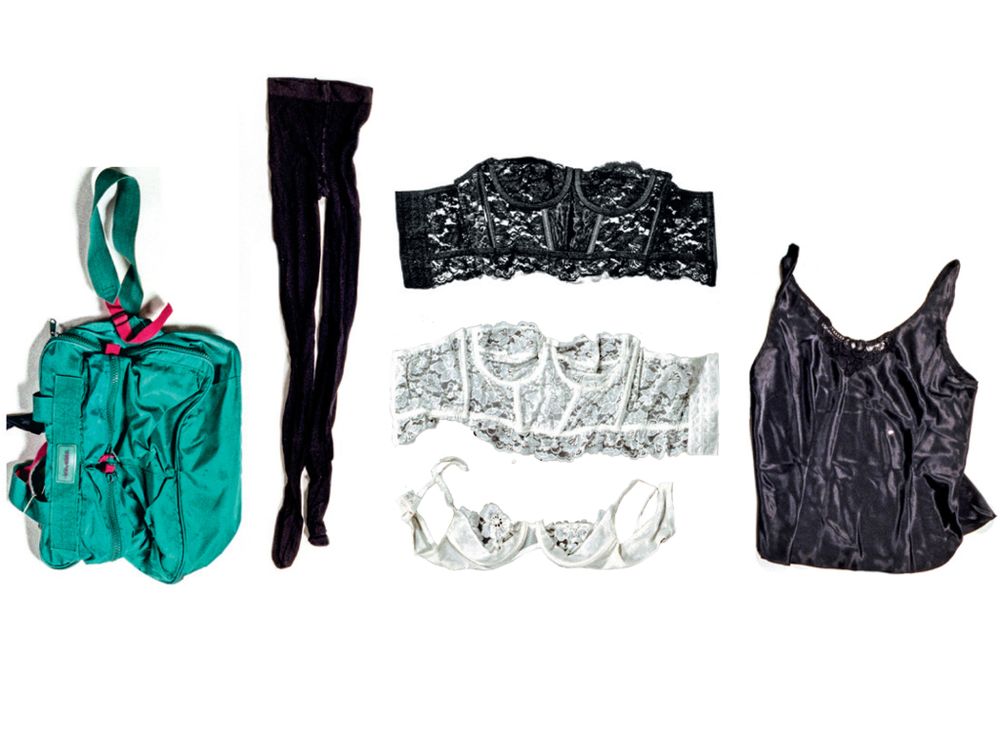 The traces so far indicate whether the young age is after all the Kunst und Antiquitäten GmbH (KuA) Französische Str. 15; Berlin- the KuA GmbH of the HVA's main department I, embedded in the former empire of the commercial coordination of Dr. Alexander Schalck Golodkowski.

A trade in used goods of the special socialist kind. An almost unexplored exhibit of German history, allegedly closed down in 1990. But behind the scenes, there was more going on than those responsible could have been happy with. ZERV was almost helplessly at the mercy of the agile embargo criminals from East Berlin.

The privatization, respectively reorganization, of the state-owned enterprise ZERV was art trade from 1990 onwards. Research was carried out accordingly, but many of the looted goods no longer turned up. Many warehouses were still well stocked after reunification. Works of art and antiques were privately distributed by the remaining members of the KoKo.
At KuA GmbH, the antiques and works of art stolen by the Stasi in the early 1960s, which had been widely circulated in the GDR since Operation Light, were distributed to non-socialist countries. In the process, stolen paintings and coin and stamp collections were sold via western contacts of KuA GmbH with the knowledge of the then Minister Mielke if state security raids.
Many traces of Stasi stolen goods led to Scandinavia, including this case:
One of the examples is the Sophien treasure. On 20 September 1977, the "Sophienschatz", 58 golden grave goods worth approx. 3.0 million euros disappeared from a tank display case of the Dresden City Museum.
In 1999 38 pieces of the collection appeared in Oslo: In 1999 a coin dealer tried to sell 38 to auction off parts of the Sophien Treasure in Oslo. Parts of the loot turned up in England. The Oslo
Coin dealer Gunnar Thesen had acquired the pieces in good faith from the Copenhagen-based dealer Arne Jacob Becker (†1983) from KuA GmbH. He acted for the KoKo in non-socialist foreign countries to raise urgently needed foreign currency.

Who can provide relevant information in this respect?
Did anyone with the appearance of Jennifer Fergate in 1995 work for a group of art connoisseurs who wanted to recover items stolen from the KoKo?
Does anyone know the woman from the art trade or real estate industry as a secretary?
You can write to us at any time, we would forward the news to the police in Oslo:
This email address is being protected from spambots. You need JavaScript enabled to view it.