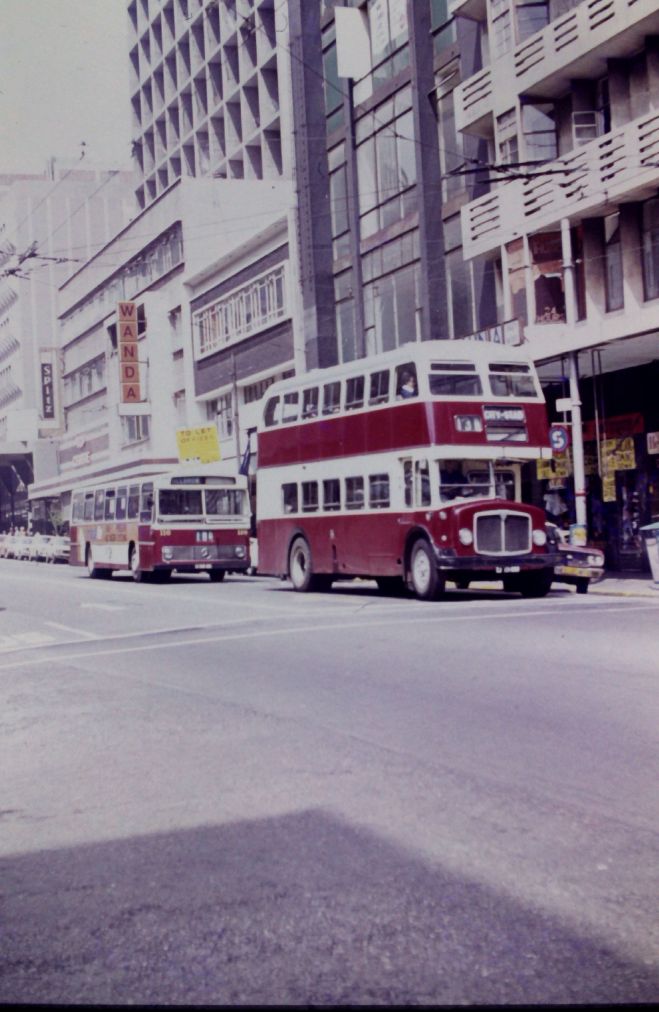 The Vrystaat smells of spicy bushes, not Diesel like yesterday on the army truck, past ostriches and zebras, along with dull-faced SADF soldiers sitting on the back of the truck being carted to the front. Cannon fodder for a proxy war between the great powers.

I have realized in the last few hours reading the newspaper cuttings, South Africa is ruled by a cult. Ossewabrandwag - my people, my God.
The eagle looks like one of the NSDAP.

Interestingly, this organization was founded in February 1939 and wanted to enter the war on the side of Germany. The Afrikaner Broederbond is recruited from this Afrikanerdoom environment, and it  formed the National Party of South Africa (NP). The sect party provides the prime minister, in this case the obstinate and extremely dangerous P W Botha, called the Great Crocodile, even less flattering in Afrikaans: Die Groot Krokodil . He was born in Paul Roux, just over 100 km from here. He is a concrete-headed racist and capitalist. Botha will not release Mandela from prison in his lifetime. Nazis survived here in other guises. Scary to think if Hitler had won the war.

In the folder I received from the editor are also newspaper cuttings of a crime that, as one of The Star's journalists in Johannesburg lately wrote, was one of the most heinous in recent decades. That may be saying something if people are allowed to be tortured to death.  Just disappear in a bright blue Ford Granada or a yellow SUV on the loading bed. Or simply slaughtered at home, tortured to death in police stations. Etc.

One of the great mysteries is the death of Dr Robert Van Schalkwyk Smit and his wife Jeanne-Cora. The case is still fermenting in the collective popular soul of the Boers here. Since this regime in Pretoria can only be cracked from within, Smit became an absolute risk for the party. But this risk had a long history.

Smit was one of the most successful South Africans who, although he also came from the political sect of those who rule this country harshly, also wanted to expose corruption. This was, of course, about "Muldergate" and also about other dirty tricks that the NP came up with for its internal opponents.

There are countless rumors.

The rumor that is probably closest to the truth is that of the two German murderers who, for whoever, were deliberately directed to the scene of the crime, committed the ugly deed and then disappeared again.

The trace of the writing on the wall "RAU TEM" (Randse Afrikaanse Universiteit - Tegnies En Moord) "leads into the circles that remained of BOSS. Who knows who gave the order? Probably in their midst are also exiled Rhodesian's who just lost their homeland three years ago with the "Lancasterhouse Agreement".

"RAU TEM" is said to be a group of the Boss (Bureau for State Security) (Buro vir Staatsveiligheid (BSV)) and there is nothing good to report about the terrorist group that has meanwhile been dissolved in the "Muldergate" affair.

It is interesting to note that two years before the murder, when the South African embassy in Germany moved from Cologne to Bonn Auf dem Hostert 3, the secret nuclear papers disappeared without a trace under the eyes of the GSG 9 (!). The Bonn public prosecutor's office and the South African Secret Service (!), which was acting on German soil in this connection, jointly came to the conclusion after intensive investigations that the papers were gone. 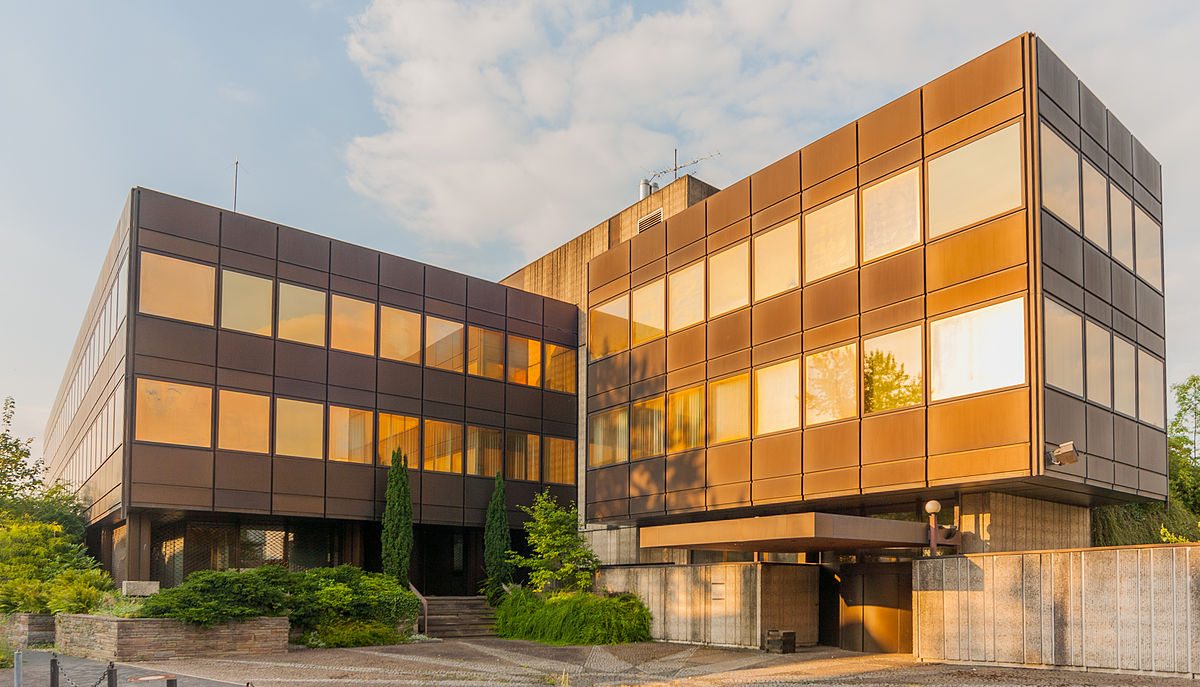 It is also interesting to note that Foreign Minister Pik Botha and Van Schalkwyk Smit were neighbours in Washington when both were on equally diplomatic missions for the Republic. 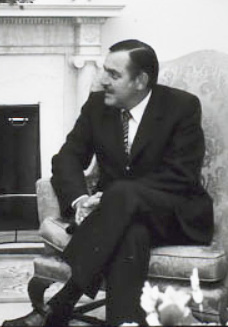 There was probably a nuclear axis between Bonn, Brasília and Pretoria. Smit, otherwise top of the class of the NP, was well-informed about the red threads of corruption. Perhaps he was blackmailing Dr Eschel Rhoodie, the propaganda chief of the NP.

Van Schalkwyk Smit was, of course, no orphan. He ran the country's largest insurance company, Santam, and was certainly involved in countless actions of the apartheid regime in Pretoria as the head of it and as the representative of the International Monetary Fund.

Van Schalkwyk Smit is said to be the originator of the trick that is being carried out by the thousands in Mauritius, the Seychelles, Taiwan and Hong Kong through South African shell companies.

The goods subject to the embargo are simply exported to the respective countries and from there to South Africa. This is also how the sanction of the Federal Export Office in Eschborn near Frankfurt is to be circumvented. In addition, there are dozens of flats all over the world through which almost everything is sold and bought.

What took place that evening in Springs in the Transvaal can only be conjectured. The police, when they do investigate, always investigate favoring the Botha government and its regime lackeys.
Allegedly, the perpetrators stayed for hours in the bungalow in Springs and literally tortured the victims there. Or even returned once because they had forgotten to take something with them.  It was probably about documents from the nuclear deals. The investigations are so watered down that no one knows anymore what Pretoria pretended to be in the case, what the result should be or was.  Dr Van Schalkwyk Smit came later home.

By this time, his wife must have already been executed by countless knife wounds and targeted shots to the head, following a torture. Smit died shortly afterwards. Whether the perpetrators were looking for something or just had a targeted murder mission remained entirely open in the investigations of the South African police. The statements of the lead detective, a brawny Boer, range between Smit was dragged halfway down the lower floor and Smit was already dead when he tried to unlock the door in the hallway.

A leaked report said that the flat, mainly the kitchen, had been searched. The perpetrators also left the inscription "RAU TEM" there.  It is unlikely that documents on South African government corruption were stored there. As Dr Eschel Rhoodie said in England last year, there are said to have been countless bank accounts in Switzerland, he was on the run via Ecuador to Great Britain and from there to France, where he was then arrested.

Did Smit know before his death to report what was then exposed months later as the "Muldergate Affair" in 1977 in Pretoria?

Millions of South African rand, currently worth between US$ 1,20 and US$1,50 per Rand, which a high purchase value, had been embezzled to influence the press, to falsify the news in a way that was desirable for a dictatorship that wanted to stay in power for a long time. The Citizen or The Burger was chosen for this purpose. An idea that came from the head of BOSS, Hendrik van den Bergh. One of the most odious figures and guarantors of the South African dictatorship.
Allegedly, according to an inquiry report, Balthazar Johannes "B. J." Vorster, Botha's shamed predecessor, was involved in the whole story. Now he lives in Cape Town. Isolated and reviled by the local Boer celebrities.
The mastermind and string-puller for the government in Pretoria was Connie Mulder (Petrus Cornelius Mulder), an obscure character even for the brown henchmen in Pretoria.
They unceremoniously excluded him from the NP holy grail when things got too hot.

The Washington Post reported on the bad who-dunnit penned by the propaganda department a few years ago. And yet journalists here on the ground think that South Africa's only opposition paper, the Rand Daily Mail, has been completely undermined and the Boers are taking revenge on Helen Zille's article on the death of (Bantu) Stephen Biko.

The only credible lead

Mad Mike Hoare and his gang of murders
No one has had any real interest so far, but perhaps that will change in the years to come. Through a statement to the Erasmus Commission, a former judge of the Transvaal Supreme Court came into action who knew a South African Airways pilot who gave a statement about two Germans who had come to South Africa from Lutton Airport (UK) for the £40,000 job to murder van Schalkwyk Smit and his wife. These two Germans were part of Mad Mike Hoare's Commando 5 in the Congo. There, daily murders with the leaving of graffiti was normal, as one can see from numerous pictures of the time.
So, it is not surprising that the chief of the mercenaries in the Congo known as Mad Mike, whose most famous platoon leader was the unfortunately "legendary" Congo Muller, is also said to have been involved in the murder of the van Schalkwyk Smit couple. This, however, leads back to the influence of the South African government, which did not want to get its hands dirty with overseas mercenaries.

What the South African Airways pilot really knows only means that he has testified that two Germans accepted the order to murder the couple. This murder must have come from the "Muldergate scandal" with the accounts held in Switzerland and Germany. To make matters worse, evidence from Dr Eschel Rhoodie is said to be in a secure location, presumably in a Swiss bank vault.

This fact was reported by the New York Times, one of the absolute opponents of apartheid, as early as 1979, but unfortunately this lead, which is the most credible and the most likely, was not followed up. Mad Mike, the Irishman, had carried out similar actions in the Congo during the Katanga crisis. Countless of his comrades-in-arms were Germans who were better off fighting in the Congo in the 1960s than facing prosecution by the courts in Germany for crimes committed during the Nazi era.

A staircase joke of history is that Matt Mike now lives in South Africa and not so far away from what happened in Springs, in the Johannesburg area. What Schalkwyk Smit and his wife could know, the perpetrators certainly took with them. Congo-Muller, however, who revealed his true soul in a pathetic interview, drove off to the next battle with a skull and crossbones on his bonnet whenever he was needed for a murder in Katanga.

It would have been a simple step to find out who Mad Mike's mercenaries were from Germany and compare them with the entry documents to the Boer Republic. The clarification of the heinous crime, however, was not wanted. The murder of Schalkwyk Smit and his wife was desired to deter the enemies within.

Now that the shadow of night is settling over the Vrystaat, I am going to the takeaway and will eat a Boerewors and drink a Castle Lager.