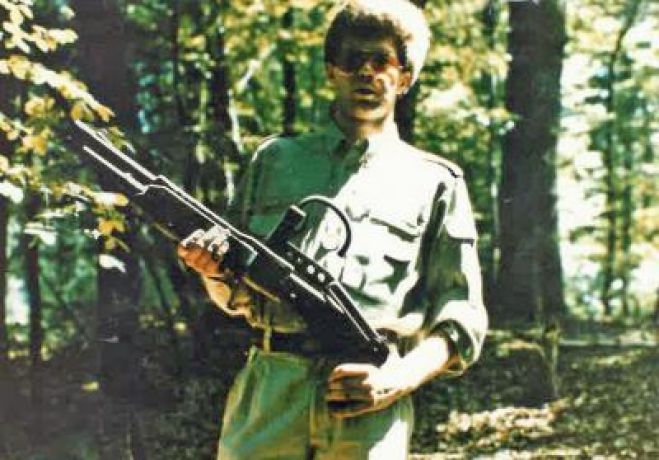 In the most mysterious serial murder case in Belgian criminal history there is movement again after 38 years.  The deeds of the "Gang of the Brabant" are sufficiently described in the lower section of this article.

In this context, the Belgian police ask:
Who is this man?

Can anyone give any information about this man?

(Perhaps also in connection with paramilitary groups in South Africa (Transvaal) or the Congo (Katanga) in the 1980s?)

This person holds in the photo a double-action rifle (pump/semi-auto) of the Italian brand Franchi type Spas 12 - calibre 12. 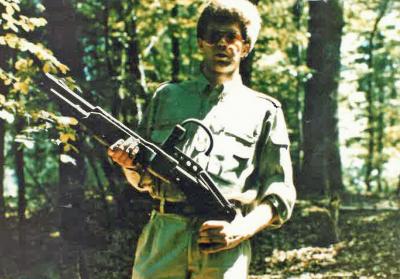 Released by the order of the Magistrate Mrs Michel in Charleroi

Who recognizes these number plates or vehicles?

Who remembers these objects, or knows someone who has owned them? 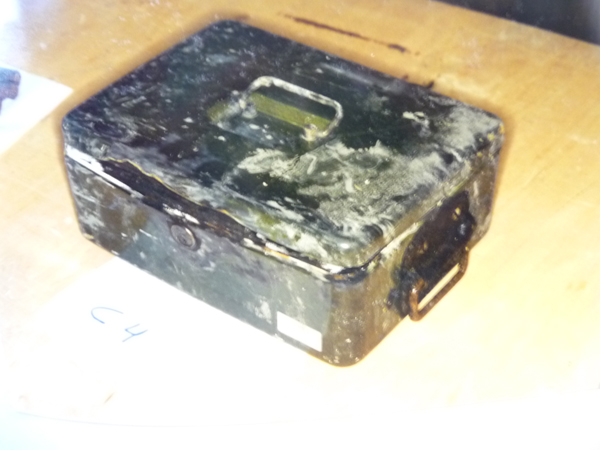 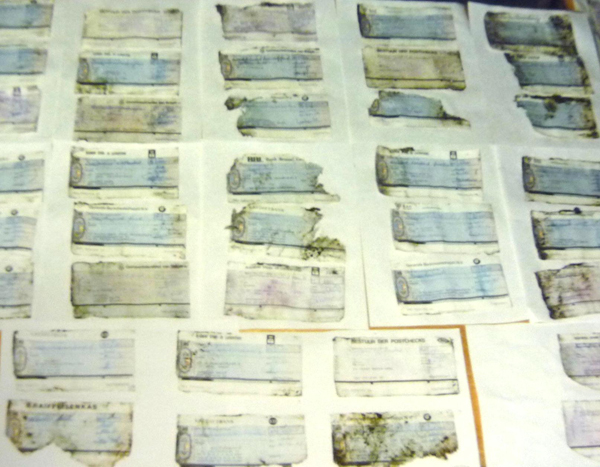 In the first half of the 1980s, the province of Brabant was plagued by a group of robbers.

During raids, they took little money, but they left 28 dead and, according to estimates at the time, more than 20 injured.

The group's militarily targeted action was already frightening back then, in 1985, after the last robbery of a Delhaize supermarket in Aalst. During the attack, the phantoms captured a few thousand Belgian francs, still valid at the time, but left eight dead and nine injured.

The investigators already suspected the perpetrators in their ranks, many leads led nowhere and to the Belgian Gladio group, which was years later exposed.

Also, into a kind of nationally and internationally working child molester ring, which is the Pink Ballet. The main person mentioned in connection with this Pink Ballet, a particular Brussels doctor, André Pinon, had left for Portugal at the beginning of the millennium. During his divorce proceedings, he was repeatedly placed in the context of child sex and drug parties that took place in the highest circles of Belgian society.

The entanglement of the Brabant gang with Belgian right-wing radicals was also evident, in the connection between Paul Latinus, the head of the Westland New Post and a former South African policeman of Belgian origin, Jean-Philippe van Engeland. The latter had left for Paraguay to join Stroessner in 1982.

Le geant or the invisible giant

At the Rand Show in April 1987 in Johannesburg, South Africa, strange things happened. Not only the business downturn, due to international sanctions, which could be avoided by conferencing with the consultant of a company from Seychelles, but also other things.

Nothing was going on at the formerly flourishing trade fair in the South African metropolis. At best, the beer was flowing.

In South Africa's everyday life, one had arrived in the reality of UN sanctions.

Two Belgians, who not only ate dark chocolates at the booths but were also otherwise gladly arrested in the mercenary business, offered their services at the fair, along with machines and hydraulics. They lived in Waver in Brabant and preferred to chat at the Castle Lager at the long buffet of the Holiday Inn in Johannesburg's city centre about the gang that was still keeping Belgium on tenterhooks at the time.

They knew simply everything about the Brabant gang and were friends with van Engeland, according to their statements. At first, the German businessman thought he had been put on the spinning wheel to sell his hydraulics. It soon became clear that the two Brabanters knew considerably more than the Belgian press.

In the evening, in the bar on the 10th floor of the hotel in Johannesburg, they announced that the gangsters who had judged harmless passers-by and supermarket visitors were from the ranks of the police. They had allegedly learned this from their friend, van Engeland, who is sympathetic to the now-disbanded Westland New Post, far to the right. Latinus had died in April 1984. That's where the Brabant gang's trail led in later investigations.

In August 1987 the three negotiating partners wanted to meet again, this time in Waver near Brussels in Belgium. It was about hydraulic systems for weirs.

At the first meeting this worked out excellently, and the potential profit for the small company in Germany made him travel to the next meeting after the barbecue with the friendly Belgians and their friends.

But, to make matters worse, the house was now occupied by a couple who had returned home from the Congo and couldn't make sense of what they had said. But the German businessman was unlucky; his Belgian business partners seemed to have vanished into thin air.

The telephone number he called was one of the Belgian couples from Waver. They had already informed the police and filed a report for burglary.

The German businessman, who made his misfortune known at every party, only connected the episode with the events of the time years later.

Two years ago, in 2015, one of the people involved in the deathbed at the time, "Le Geant", is said to have told on the deathbed about his murders and confessed man was the long-sought giant. Piquantly, the giant was a former elite police officer.

Were there any connections between Jean Michel Nihoul and the Brabant gang?

Did the Pink Ballet exist and were the raids staged by the Gang of Brabant just the prelude to a whole series of acts that followed?

Fifty-two girls disappeared without a trace during this period, without the Belgian authorities being able to clarify their fate in any lasting way.

Were Dutroux and his accomplices, including his ex-wife, the primary school teacher M. Martin, really just the procurers for a whole network of paedophiles? In the Dutroux case, numerous witnesses were murdered, and Jean Michel Nihoul often spoke vaguely about his role in the Dutroux case.

He was also responsible for drugs, which would again refer to the Pink Ballet.

The Special Police Unit, in which the late Giant worked, is attributed to Gladio, NATO's underground network during the Cold War.

Did officials from the Belgian judicial system cover the so-called Pink Ballet, as well as the Special Police Unit?

It would prove that the Belgian public was right to march 300,000 through Brussels city centre when there was a near-rebellion in Belgium. Back when the gruesome murders were uncovered after the deliberate abduction of the girls.

Are gang members of the Brabant gangsters behind the deaths of the witnesses in the Dutroux trial?

If you hear the opinion, not the rumours, that the ordinary citizens in Nivelles are behind the hand more than 30 years after the deeds, it must be so. Twenty-eight dead people speak their language, who stood in the environment of Dutroux and the gang of Brabant.

It is also supported by the fact that the former investigator Eddy Vos, who was the lion's share of the investigation into the Brabant gang, asked to be transferred at his request and was subsequently threatened most severely.

Under Belgian law, the deeds are now time-barred unless the remaining members of the Brabant robbers can be shown to have been involved in the murder of witnesses in the Dutroux case. The only connection to these secret Pink Ballets and a trace that the Brabant robbers allegedly shot participants of these "events" while raiding the markets.

Only this fact would prove that Brabant's gang did not just break up, but was active until very recently.