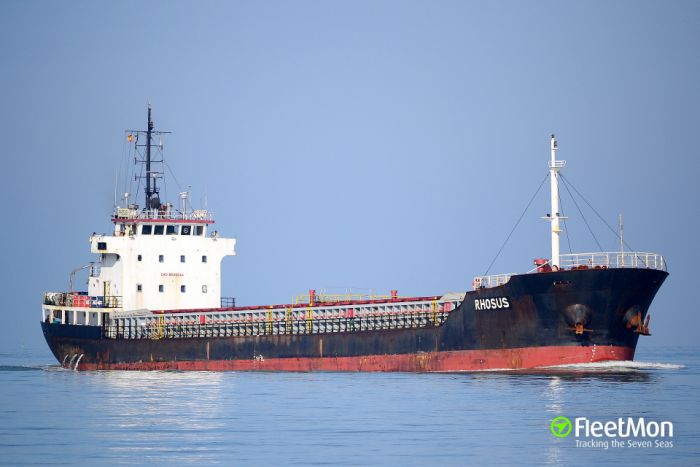 A biblical catastrophe for the compatriots of Michel Aoun

One can only wish the Lebanese people strength in this catastrophe.

Lebanon has always helped, within the scope of its possibilities.

Now it is up to the international community to help Lebanon.

Without ifs or buts.

You can read about the events and the enormous damage caused by the explosion here in detail. (German)

The history of the ship that finally transported the disastrous cargo, ammonium nitrate, to Beirut, actually on its way from Georgia to Beira in Mozambique, is becoming increasingly ominous.

It is unclear what happened to the ship that was chained up in Beirut in 2013 after an out-of-inspection.  In this plot, which could not have been invented more excitingly by a screenwriter, the Rhosus looks like a message in a bottle of the later events that led to the catastrophe in the Lebanese capital. It is misjudged that the Rhosus was not at all designed to be loaded with such materials.

The three-kiloton explosion with the devastating damage was one-fifth of the Hiroshima bomb. One can not imagine.

The shipping company of Igor Grechushkin

In 2013, a Russian named Igor Grechushkin ran a mailbox company, a shipping company in Cyprus, which maintained the Rhosus during the crossing from the Black Sea when it was wrecked with alleged engine damage. The shipowner was informed that the crew was without sufficient means of subsistence and pay in the port of Beirut. The shipowner made no contact, did not answer. He did not care about the ship. Apparently, the freight and the ship was written off, and shortly after that, the shipping company went bankrupt.

In the course of the Lebanese police investigation, numerous port authority employees were arrested.

Unfortunately, the whereabouts of the Rhosus has not yet been clarified. Some sources claim that the ship was in port shortly before the explosion and is still under the rubble. Others say that the ship was scrapped in Bangladesh. The third possibility is that the vessel is sailing under a different flag in the shores of Africa. There would also have been enough ammonium nitrate on board the ship to trigger the first explosion. Part of the raw material, which is essential for the production of fertilisers and explosives, would have been stored in the warehouse in Beirut. Another part would still have been on board the ship. Despite seven years of warnings about the bomb ticking in the harbour.

Now it had exploded because of welding work. Whether that's true or not, it's hard to understand.

If you look at pictures of the harbour in Beirut, you can see on the right side a ship lying on the left side, two more ships sunk, of which you cannot know if they are destroyed or not. Meanwhile, the Orient Queen, a cruise ship has sunk.

The story that is told about the Rhosus does not seem very credible. Allegedly, the ship should have been rescued from distress at sea in October 2013 due to engine damage. The captain would have explained that they were on their way to another country, not even Mozambique, loaded with ammonium nitrate when they ran out of supplies.  They would have liked to catch some supplies, and at the same time, there would have been a problem with the machine. The information is not trustworthy.

The Rhosus was then subjected to an inspection, and a whole series of problems were found, which the ship immediately revealed. At the time, the vessel was stranded in Beirut and only the captain, the chief engineer and the third engineer, and a Ukrainian, remained on board.

Teto Shipping in Limassol was the shipping company based in Cyprus. Apparently, according to information from Lebanese state television, the owner was paid the insurance for the ship and cargo.  Boris Prokoshev, the captain, only saw it as necessary to bring the men home, not the freight worried him.  The Russian businessman Igor Grechushkin denied any responsibility in the newspaper "Izvestia". The former owner of the ship began blocking Russian journalists on social media. Igor Grechushkin loves to ride a motorcycle but does not want to comment on it. According to several reports from news agencies, his son studies computer science in Scotland.

The reasons are manifold because the Lebanese authorities did not want an abandoned ship to stay in the port, with a cargo that could explode at any time, the owner had to pay a fine. Whether this is true is doubtful. Especially since, according to reports, parts of the cargo were already missing before the explosion. Where did parts of the load go?

Last but not least, Cornelder, the operator of the port in Beira, told the Portuguese news agency, Lusa, on Wednesday that they were never informed that a ship, a ship carrying 2750 tonnes of ammonium nitrate was en route to Mozambique.

´
More in this category: « Missing: Where is Sergej Enns? Buba bah – Impudent begging scam from Gambia »