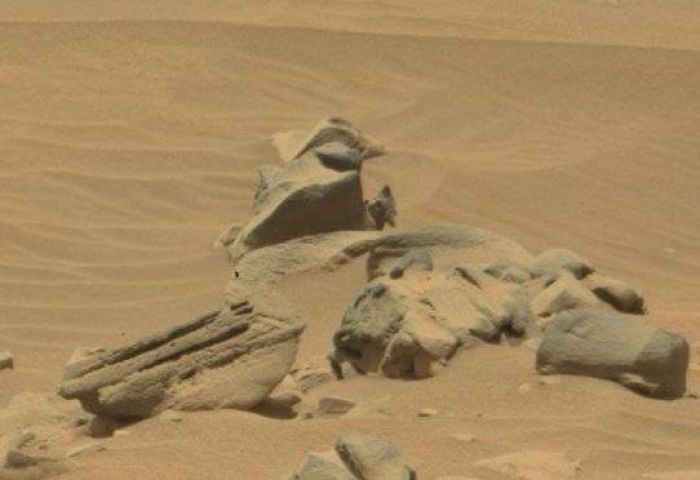 A rather surprising field of artefacts.

Recorded by the rover Curiosity on SOL735, it again raises questions that are more disturbing than explanatory. This image has been at the forefront of what points to a lost civilization on Mars for five years now.

In the foreground, everyone sees the stone that appears to be a face.

Is it a quite possible illusion or half of a face lying there in the sand?

Apart from teeth, ears and quite symmetrical snouts.

The symmetry is very unusual for a stone and there are countless such artefacts on Mars.

Even doubters now find an isosceles outline in a rather inconspicuous pile of stones and sand that looks very artificial and not grown.

On what appears to be an oversized jar, one can even make out signs in the enlargement that were already visible in numerous contributions by other "couch astronauts".
The round container in the foreground has not grown naturally. It looks like machine-made. 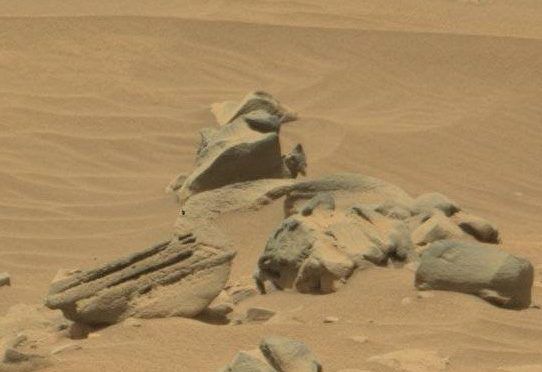