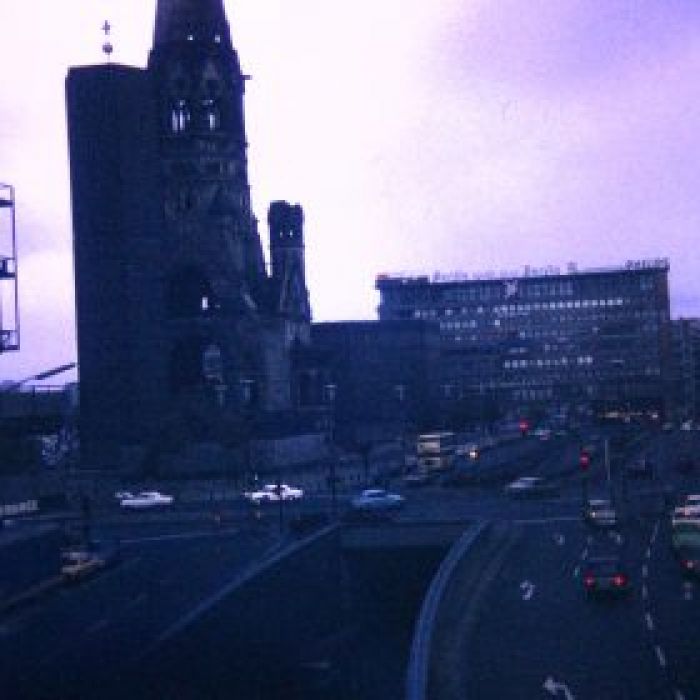 (We have only prepared the articles for the archive. The content is unchanged from 1981).

In the Berlin squatter scene, not only is the joint passed around but before the next bucket of water is tipped onto the dirty grey VW bus of the beloved enemies of the Berlin State Police, the last rumours are exchanged. "Kreuzberg Nächte" warbled in their very own way. It has nothing to do with the original text. Heinrich Lummer, here called "Hackfresse (fuck head)", in his profession Senator of the Interior, would think communism was behind every advertising pillar if he heard the new subversive text.

The drum pack is empty. Most of them smoke ascot, along with black mould Afghanis. There's no other way to live in these days of constant decision battles. Those who leave lose themselves to capitalism as if it were a disease, a virus. And they don't have to come back. This issue is emphasized again and again, like a prayer wheel.

The rumours revolve around the camping toilet, Marxism and the allegedly real existing socialism in East Berlin. Honecker has ruled there for ten years. The arrogance of socialism is unbearable.

With the help of an apparatus which is feared even in the West. The Stasi. A hitherto almost faceless, allegedly called Mischa Wolf and liked to travel to Sweden and a minister, Erich Mielke, rules the state with an iron fist. While the ordinary GDR citizen may order a FIAT 132 for a measly DM 18,000 from the 1980 Genex catalogue, provided he has a western affinity, which is the reason for all this. Here the new residents in Kreuzberg wonder whether the terrorists in the GDR are living well.

How do they know that the suburban guerrillas are in the GDR?

The question is why they should get a car from the catalogue for expensive money when the car thieves took a seat on the mattress next door. A few metres further on, there's a lot of shooting going on if someone wants to go in the wrong direction. To the West.
This circumstance is ignored between politically meaningless discussions about the existence of nothingness. The spies from the Berlin Landesamt für Verfassungsschutz (Constitutional Defense) would not believe a word. The anti-imperialist struggle is neither logical nor comprehensible. However, since the Schmücker-murder nothing is anymore like it was before.

Contrarily the rumours will revolve around the evictions in Berlin SO 36. Sometime in spring, Strauß from Bavaria said that terrorists have disappeared in the squatter scene. If he had once appeared here, Strauß would have guessed that between folk chappie (ravioli) and yellow Cologne flakes, rotten avocados of the socialist brothers from somewhere (actually the exhibits come from Israel), indeed, no terrorist would be sitting on the cold on dirty mattresses, stinking sleeping bags, staring holes in the suburban guerrilla dream.
One must not talk about the murders of the RAF. The wanted terrorists are no murderers, but a cross between Robin Hood and Willi, the friend of Maya the Bee, one believes the clientele here.

What do they smoke?

Some people here even believe that in 10 years the RAF will have a stamp set dedicated to them. The terror activists on stamps next to the orange 40 Pf Heinemann would be something for the Michel catalogue as a misprint.

Strauß, as well as the fools who lead the anti-fascist fight against the Berlin authorities, are the real losers.
Strauß, because he is foolish, in this point, the anti-fascists and the former Nazi-man are in no way inferior to each other and the squatters because they want to turn their injustice into politics. At the same time, most of those around them find it challenging to define the separation of powers at all.
But on Atika cigarettes and Jacobs coffee from the Intershop (East German Shopping mall) they are the anti-imperialists. The funny thing is that a playboy is lying next to the East Berlin paper Neues Deutschland. On top of it, the Rocky and the mentioned Genex catalogue of the Palatinus GmbH in Zurich.

And what about Rattay- the one-person double-decker bus fighter?

The statement that Rattay was a professional chaotic is so absurd that it is almost likely to interest the Berlin Office for the Protection of the Constitution. It is just as ridiculous to wear a Bundeswehr (Army)coat, and dream of socialist happiness in the garden shed in Bad Muskau at the Oder.

The toilet is not working again; the water is turned off.
Something is brewing outside, and the question is what?

In the evening one of the comrades wants to go to the chairman of the State Council and borrow some Ostmark for western dope. Since Klaus-Jürgen Rattay has died, nothing is the same anymore anyway.

Life in occupied houses has become dangerous. Not only here, but everywhere in the Federal Republic where self-named revolutionary ceases houses. Those who find it too hazardous as a well educated western child can be picked up later at the Gedächtniskirche. No policeman "beats" there, the telephone box works. And society as well.

More in this category: « A bad habit of the kitchen is spreading - the hamburger