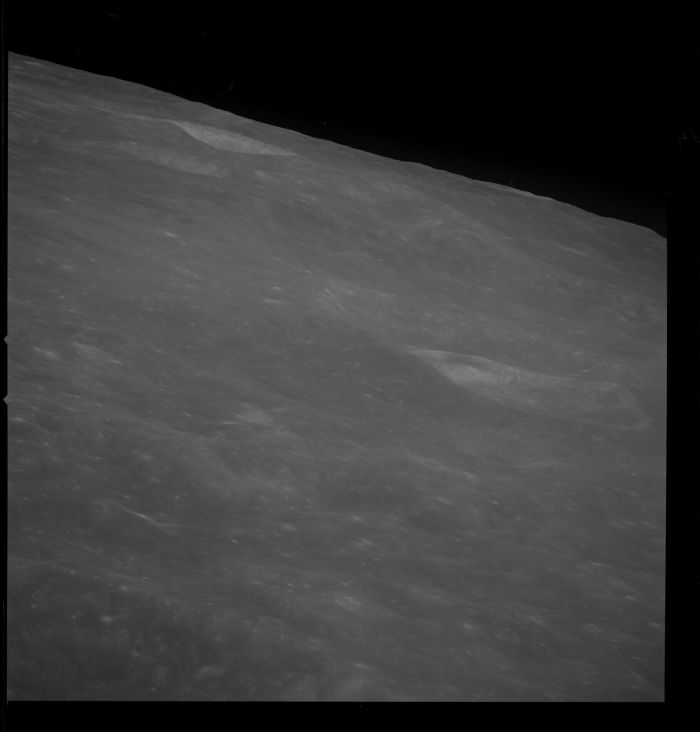 The present photos, which were used by one of the most famous portals for the analysis of lunar and Martian images, AlienArtTV, for the clip, are from Apollo 8, NASA's exploration mission before NASA dared to land on the moon, in 1969.

The pictures were taken by the crew, Borman, Lovell and Anders, with a Hasselblad camera. The three men were the first people in a deep exploration of space.

There is no doubt about the authenticity of the present photographs, as they have also been personally confirmed by the astronauts. Also, the images were not changed later, but scanned in, just like the films that the astronauts had brought with them were developed. The cover picture is the original picture, a screenshot of it is provided by NASA on their official pages.

Well, this time the structures can be seen obviously, especially since even amateur astronomers could spot them with their equipment. Anyone can download the image, find the structures there, store it with filters or get a reasonably good telescope and use it to look at, study and think about the structures that certainly did not form on their own.

Gerardus Matthijs van Vuuren is writing his story about the moon with countless, outstanding clips on YouTube that raise questions that NASA apparently doesn't want to answer. Why, remains in the dark. But it is worth watching this videos.

No one can tell what it is.

Certainly, not a paradise or a delusion.

Your advert could be here

More in this category: Is the moon an abandoned mining settlement? »