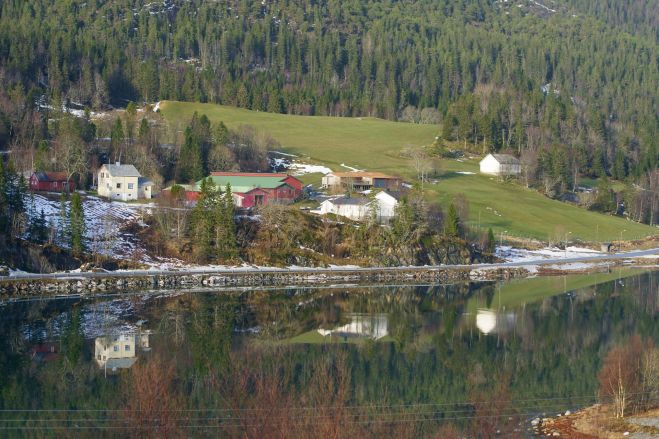 After more than 33 years the Kambo Mannen is not identified.

What happened in this September days 1987, when a conductor found the human remains of the later so-called Kambo Mannen besides the former train line between Kambo and Moss?

Whom the unknown stranger met before he was deadly injured by a train?

Two of his limbs had been severed, an arm and a foot. He had not been drinking alcohol prior his death and was killed by the train.

Who took his identification card, his papers, his passport?  And his funds?

It was not clear for the train operator who saw something at first he thought it was a plastic bag on the rails, to see a human remains in front of his traction engine.

Today the train line it’s a pass for tracking and the trains are running through a tunnel which was built a few years ago. Long after the incidents with the Kambo Mannen. In all these years the mystery grew even bigger about the unknown alien.

Some newer information were revealed after a recent newspaper article in 2017 by the Norwegian tv2 nyheter in Oslo. But nobody could reveal what the person wanted in this specific area close to a radar station in the Cold War against the former Soviet Union. He had no camera with him or other tools for espionage.  Maybe the Kambo Mannen was one of the spies of the military intelligence of the existing so-called Warsaw Treaty Organization. But this reason is unlikely.

The Warsaw Pact states sent plenty of secret scouts to the scene with foreign number plated cars in this specific area.

Yes, and there were many suicides in these days along train lines in Norway. But this is even more unreal with the Kambo Mannen.

What seems today some sort of bizarre game- were in those days in the two systems a common method to find needed information. In 2017, it revealed that the police forbid foreign number plates in the area close to the Gylderåsen station in Våler of the NATO Nike system of the Norwegian army.

If he had been a spy, at least a vehicle would have been found nearby. Keys that would have pointed to the vehicle. The Norwegian police these days experienced in these particular cases would have checked the circumstance and surroundings.

But it but this was not the only case of mystery and unidentified people in Norway in the last 50 years. It started with the most mystery case of the unknown stranger from the Isdal, who used multiple identities while she was in Norway, 1970.

The woman with the strange code was mystified and certainly the target of the military intelligence of the Norwegian government. They had all reason to look for her luggage which was discovered by police in the train station in Bergen a few days after her death.

They were around about 15 people in  Norway which could be identified and  three cases led to Germany and the former East German hemisphere.

The last one to leave a strange mystery was the dead woman in the Plaza Hotel in Oslo in 1995. Jennifer Fergate.

But the Kambo Mannen came under different circumstances, which showed that he was searched before his death.

Someone could, of course, claim that the unknown person somehow came to Norway like a stowaway, then decided to commit suicide at short notice next to the railway line and buried his belongings somewhere along the way. Anyone reading this already knows that it does not sound realistic.

The trail of the later investigation to the German vessel- the MS Edelgard- was just a manoeuvre to mislead the real investigations which ended again on this railroad in autumn 1987.

Well, there were large smuggling rings that brought goods into Norway and shipped them into the country at previously spotted points. Alcohol and art smuggling were big business there. This sounds more realistic. First part of Kambo Mannen

His cloth could have been from a German second hand delivery to East Germany- different finds and numbers could not be explained and files about how it was delivered and to whom it was delivered would be destroyed by now. Second hand shops in the FRG were not so common and so popular.

Plenty of files of the East German former state security are destroyed or brought to a place where the government cannot gain any information any more.  Funny enough files were found in a mine tunnel shortly after reunification.

Other files are still shredded pieces of the former East German State security HVA. It will take years to put them together again in painstaking detail, like a puzzle.

The Kambo Mannen did not reveal where he received the packet of Camel filter cigarettes which were solely produced with this specific tobacco for the Eastern Block market.

This leaves only the clothing, which has posed even more mysteries since the first day of the investigation than these exhibits have revealed.

The 55-60 year old man was wearing the following when he was found dead on the train line:

We have explained long before the Norwegians in tv2 in our first article the connection to some clothes. We refer to the first part.

A grey blouse jacket / military jacket -so called "Schimanski jacket". An item of clothing made famous by the television series Schimanski, the Duisburg fictional(!) "Crime scene", which was very fashionable at the time and was worn by the actor Götz George in each of these episodes.
One pair of blue jeans
A white shirt with dark, thin stripes
Two medical stockings with three blue stripes on top and open toe.
A yellow machine knitted jumper with a square pattern.
One white vest
One pair of Elan Body panties
A handkerchief with brown stripes in a square pattern.
A black belt made of artificial material.
A red Victorinox Swiss Army pocket knife of the model "Climber".
A soft pack of Camel cigarettes. Produced in the West for the Eastern European market.

It was common practice at the time to ship clothes collected by aid organizations in West Germany to the East. That meant to Poland or the former GDR. It was also customary for the German Red Cross, for example, to provide clothing to late settlers arriving from the East. This also applied to special prisoner from East Germany from the former GDR, which are little known in the world. Also, not in Norway.

These clothes were compulsorily catalogued.

Most of the labels were also cut out of them and, for example, plasters with numbers were affixed to shoes. This explains the discovery of the plaster in the shoe only now because at that time in the clothing depots one had to be able to match the shoes to each other in large quantity.

Another aspect is the sole insert, which was only studied a few years ago. This indicates that the sole was subsequently adapted to the shoe because it does not belong to the shoe and this in turn explains the second-hand clothes thesis.

Did the man come with an order from the GDR via the main access camp Friedland? 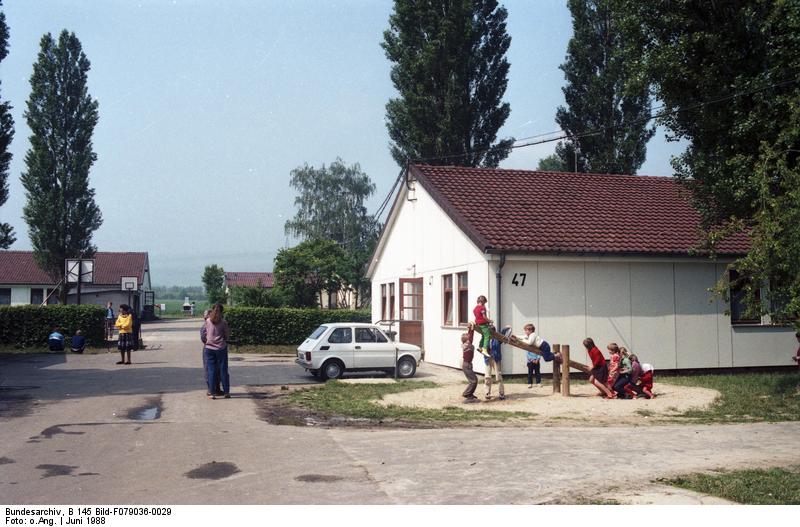 Are there any documents about the dead man still to be found here?

The former GDR smuggled its snitches to the West directly. In any case, the number is not a secret code, but comes from a clothing store.

More to read in the second part in March 2021