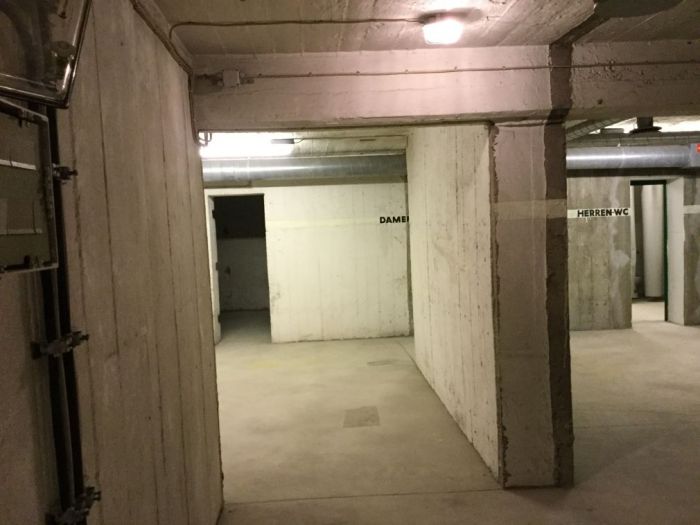 Crime subculture organized in the bunker

A press conference was held yesterday as part of the charges brought by the General Prosecutor's Office in Koblenz against the operators and managers of the bunker in Traben-Trarbach. The shelter had been taken up last September. In the process, 403 servers, 57 mobile phones, 412 individual hard disks, 61 computers or laptops, 65 USB storage media, 16 SD cards and various CDs and floppy disks with a total data stock of more than two petabytes (over 2 million gigabytes) were seized. The operation was carried out by GSG 9 (Special unit) and mobile task forces, as well as hundreds of police officers.

Documents available to the editors speak their own language. Profit at any price and the ruthless pursuit of those who wanted to dry up the "bulletproof host" system. Besides, the collaboration with other groups of perpetrators who were not mentioned in the context of the current indictment, such as the operators of the so-called "southern cocaine route", as well as the many small "water carriers" of the "Bulletproof-Host" system, who nested in the slipstream of the bunker on the Moselle, which was procured by a Dutchman in 2013.

It has to be said that some of the servers could not be evaluated so far because the data is encrypted.

Now, eight accused persons have been charged by the Landeszentralstelle Cybercrime (LZC) of the General Prosecutor's Office in Koblenz at the Regional Court in Trier, including the Juvenile Criminal Court, as some of the accused still fall under juvenile criminal law.  For reasons of procedural economy, only a few offences were charged.

Everything was contained in the "colourful bouquet of products" of the men from the bunker.

Like cave newts, they formed the interface to all darkness dealers of the internet. The aggressive advertising caught not only the eye of the knowledgeable observer but also the "Trojanisation" of legal products on the internet, which were then also traded in the legal part of the internet, partly via mailboxes, by affiliated dealers. However, entire shops were also hosted, which, like "Cannabis Road", only existed for a few months and then disappeared from the market, as is usual in the industry. But the cut was made. One example was the Darknet marketplace "Wall Street Market", an invariably profitable market where drugs were traded in the kg range. Other business areas were not limited to drug trafficking from China, but also included fraudulent Bitcoin lotteries, Darknet marketplaces for weapons, counterfeit money, murder orders and child pornography, and identity theft.  This operation was carried out via, according to the LKA and the public prosecutor's office, 6,581(!) Darknet websites. Own distribution rings, organized through the "Bulletproof Host", were directed out of the bunker.  Serious assault on order and an interface to scammers, such as drug and medicine dealers of self-sufficient dealers, were also coordinated from here.

Not to mention the countless people-smugglers and money launderers, blackmailers. Everything illegal was allowed. The bunker was run according to the latest management and market profitability criteria. Investigators still erroneously assume that "only" drug markets were formed in the darknet or botnets in the digital underground. To reach further groups of buyers, the operators, mainly from the Netherlands, decided early on to enter the Clearnet. Parts of the Clearnet of the network should still exist.

Data was also collected here against possible opponents of the "bulletproof host" and affiliated shops, for which orders were then placed to silence the people concerned.

Since 2016 there were various hints on the bunker, but they were not seen in context.

More in this category: « A German town: Bad Sachsa / Harz