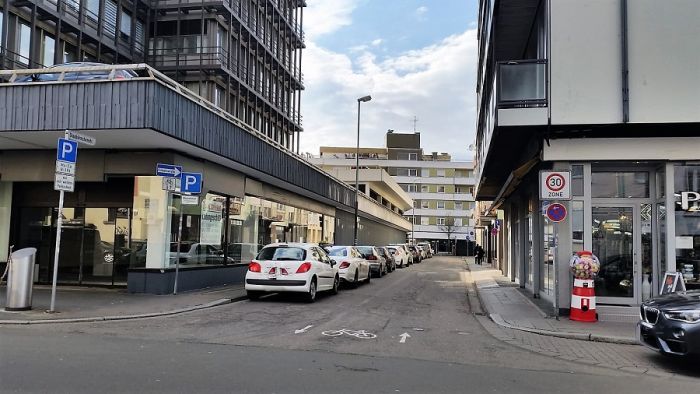 At the end of a mysterious event

A witness called the police in Kaiserslautern shortly before 9 pm on Monday, December 14, 2020, that she had found a lifeless person near Staubörnchenstraße. The dead person was lying in a freely accessible area along the road. Initially, the dead woman could not be identified. Also, the path of the woman could not be reconstructed at first, or it was only possible to reconstruct in fragments what happened in the days before her death. It is probable that she walked through the city centre of Kaiserslautern drunk or at least intoxicated  before her death.  Diana Bodi is said to have a problem with alcoholic.

Who recognizes this tattoo?

In the March 2021 programme of "Aktenzeichen XY ungelöst" (German police file TV), the case of the Hungarian Diana Bodi from Ozd (Hungary) was then broadcasted. The only thing that was surprising was the amount of the reward offered by the public prosecutor's office in Kaiserslautern (10,000 euros) for the clarification of the circumstances of the death of the woman who was found in Stauboernchen Street, practically in the centre of Kaiserslautern.

In the first days after the public appeal in December, the special commission of the Kaiserslautern criminal investigation department received more than 140 tips about the homicide.

The officers followed up all the clues and traces. These initially ended with a 31-year-old suspect, who was arrested in his flat on the spot. The public prosecutor's office in Kaiserslautern and the police did not provide any information on the circumstances that led to the arrest of the suspect for tactical reasons. The man, who denied any involvement in the incident, was then brought before an investigating judge. Meanwhile, however, the suspicion of the crime is no longer sufficient to justify further detention of the Syrian national.

Ms Bodi worked as a geriatric nurse in various jobs in the Federal Republic and was presumably on her way to a new job in Trier-Saarburg, Rhineland-Palatinate. She must have come by train, an Intercity Express from Stuttgart via Mannheim. However, the train was delayed that day and did not reach Kaiserslautern until around 6pm on Friday, 11 December 2020.

Was Ms Bodi travelling with or without luggage, if so, where did this luggage go? What did the luggage look like?

Ms Bodi was 48 years old, 1.66 metres tall and weighed 63 kilograms, she had brown eyes and dark brown, curly, shoulder-length hair. On her lower right leg she had a dark tattoo in the shape of red flowers. Ms Bodi was dressed in a white winter jacket and red Puma brand jogging trousers. The trousers had a white stripe appliqué on the side of each leg. The dead woman was wearing a black long-sleeved shirt and black, lined women's boots.

Was she accompanied? If so, who was she travelling with?

What happened between 11 and 13 December?

Where did Ms Bodi stay, who saw her?

At the beginning of December, perhaps as early as the end of November 2020, she had worked briefly as a carer in the Stuttgart area. Ms Bodi had cancelled another job in Munich at short notice, for health reasons. Ms Bodi had already been to Germany once in the summer of that year to work. It is unclear whether she met acquaintances in this context or became the victim of a chance encounter with her murderer.

What is clear, however, is that the perpetrator(s) brought the woman to the place where she was found using a handcart or a shopping trolley or similar. Nothing else is known.

Who can provide information in this connection?

The German police are therefore asking: (Original Catalogue of Questions of the German Police, Translation)

For the route between Stuttgart, Mannheim, Ludwigshafen am Rhein, Neustadt an der Weinstraße and Kaiserslautern:

For the Kaiserslautern area:

Did you meet Diana Bodi on 12 December 2020, between 4 p.m. and 11 p.m. near Staubörnchenstraße, Richard-Wagner-Straße, Humboldtstraße, Rosenstraße, Alleestraße, Eisenbahnstraße and the shopping centre "K in Lautern"?
Did Diana Bodi perhaps introduce herself to you as "Diana" or "Dia"?
Did she ask for food, drink (alcohol), cigarettes or a place to stay?
Did Diana Bodi offer you her services?

The investigators are also asking for information about one or more persons who might have transported a larger elongated object in the direction of Staubörnchenstraße in the period from 11 to 13 December 2020, in the late evening hours until around 11 pm. It is also possible that the object was wrapped or packaged. It is conceivable that the object was carried over the shoulder or by two people. It is also possible that the object was transported with the help of a means of transport, for example a sack barrow, a wheelbarrow, a trolley or a shopping trolley. A radius of up to 800 metres around Staubörnchenstraße is possible.
The Kaiserslautern public prosecutor's office has offered a reward of up to 10,000 euros for information leading to the identification or apprehension of the perpetrator*. Information can be obtained from the Kaiserslautern police by calling 0631 369 2620.

*The award and distribution of the reward will be decided without recourse to legal action. The reward is intended exclusively for private individuals and not for public servants whose professional duty includes the prosecution of criminal offences. 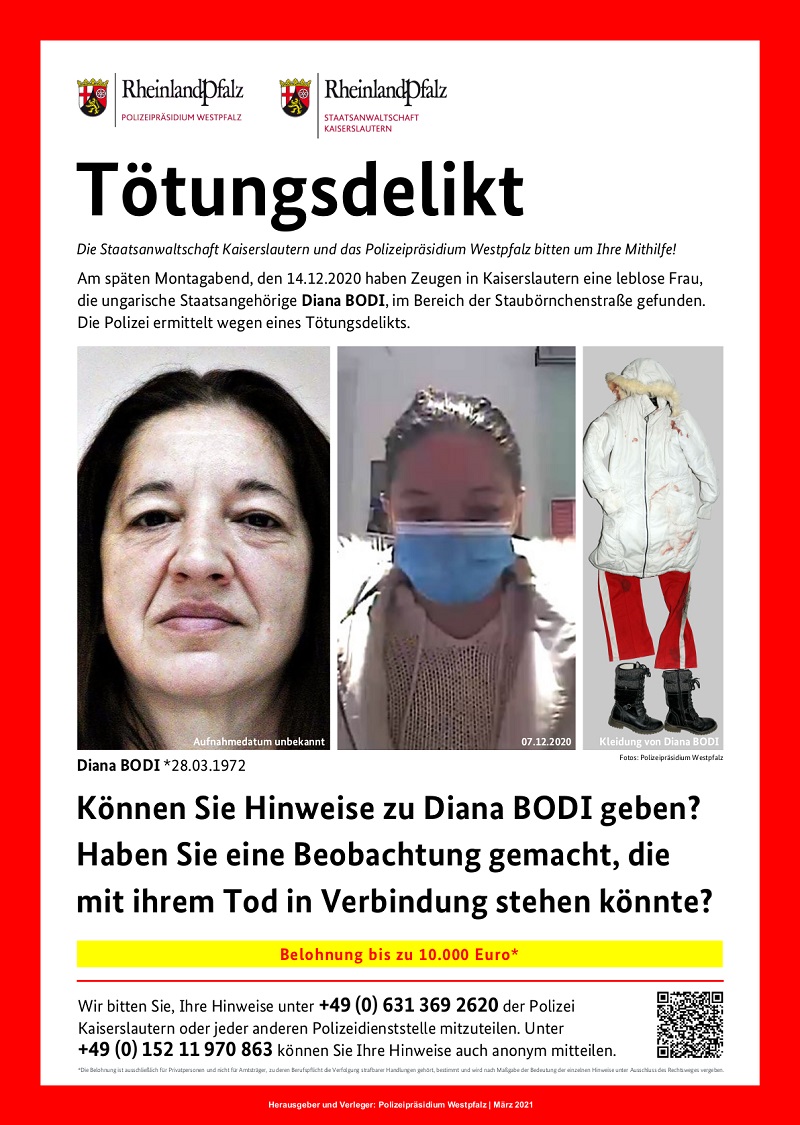 Note: We are also publishing the article in our English edition to address possible witnesses from the US forces stationed in Kaiserslautern or the surrounding area who may be able to provide relevant information on this incident. (German article)

More in this category: « Right-wing rabble in the cyberbunker in Traben-Trarbach