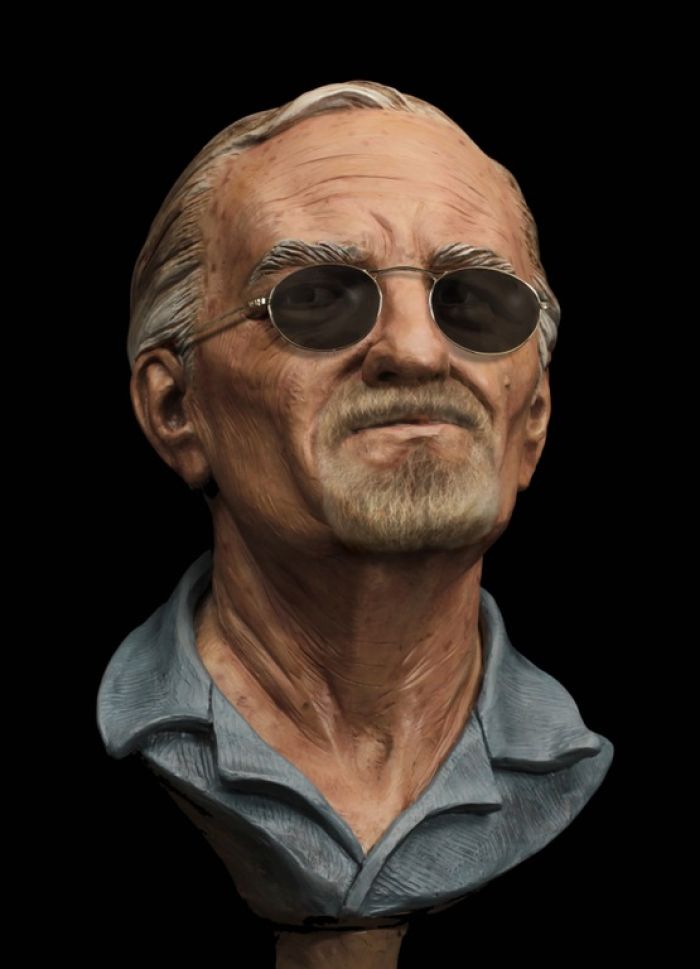 It's a gripping story, the kind of story fables are made of! Bradford Bishop loved scotch and wine, and he preferred peanuts and spicy food, according to his file with the Federal Bureau of Investigation in Washington.

Over the years, the reputation of the fugitive Bradford Bishop became a legend, much like D.B. Cooper or the Isdal woman. There's even a song about him- "The Ballad of Bradford Bishop" composed by the group Coup de Grass from Charlottesville, Virginia.

Back in 2018, the FBI removed him from the ranks of the ten most wanted. Nothing had become of the case, and the FBI found no resolution. Neither did the local authorities in Maryland.  After all these years, clues are still coming into the FBI's Baltimore office.

The disappearance of the crime suspect is a complete mystery and several authorities over the years have come to believe that they inadvertently enabled Bradford Bishop to escape by issuing legend documents. The FBI is realistic about this case. "Even for seasoned travellers, it can be difficult to maintain a new identity in a foreign country," said Steve Vogt, special agent in charge of the Baltimore division. "If you are a US citizen, it is usually easier to hide in this country," he explained. "Americans overseas tend to stand out."

In the meantime-this was October 2014- police even thought they had found Bradford Bishop with the exhumation of the decomposed remains of one John Doe, a hitchhiker who was killed by a car outside a restaurant in Scottsboro, Alabama in 1981 and buried anonymously in a pauper's grave. But the genetic test came back negative, even though the two men looked alike.

In the Washington Post in 2014, the FBI described Bradford Bishop as " ... a seasoned world traveller fluent in five languages - as smart, savvy and able to blend in and build a new life in the United States or abroad."

It is likely that Bradford Bishop lives or lived in Europe. A further possibility is that he returned to California, where he was born.

Bradford Bishop was actually a normal guy who, according to the FBI, was a "hiker and camper who enjoyed canoeing, skiing and motorcycling".

Other sources believe that he went into hiding in the former Yugoslavia during the civil war from 1991 to 1995. However, according to a call from an anonymous tipster, there was also the possibility that Bradford Bishop had been taken to a consulate in New York.  This call was made two years after the actual event.

What had actually happened?

Bradford Bishop was linguistically a highly gifted person who in his younger years had served in the US Army in Germany from 1961 to 1963, then worked for the American State Department. Rumour has is he also worked for the CIA in countries such as Botswana in the Gaborone branch, which was at the time exotic. It is documented that he worked for the army's intelligence service in Italy. According to the FBI's in-depth analysis, there had been a security problem with Bradford Bishop in 1967 in Addis Ababa, Ethiopia.

Since his Army days, he had a clearance for top secret matters. But the CIA announced during 1976 that Bradford was too small a fish to have been the target of foreign agents.  He spoke Serbo-Croatian, Italian, French, Spanish and several other languages, which were then very useful to him during his probable escape.

Bradford Bishop is still wanted today for the murders of his wife, mother and children. He probably committed in the between the first and the 2 of March 1976 at their house at 8103 Lilly Stone Drive, Carderock Springs, Bethesda, Maryland.

The exact timing of the murders is unclear. Witnesses at the subsequent inquest said they would investigate Bradford Bishop's involvement in intelligence activities in detail.

This is also the story of the famous ballet dancer Jacques d'Amboise, a soloist in George Balanchine's New York City Ballet. D'Amboise wrote in his memoirs that he almost walked into the drama that night in 1976. He and his wife had been invited to see the man he had known and respected for decades: Bradford Bishop.

In all the years before the crime, Bradford Bishop had been in and out of psychiatric therapy for treatment of depression. Otherwise, according to the investigating officers, there was no motive to be found for this grisly act. There was no evidence of infidelity towards his wife, no evidence of financial or professional problems. It became clear how wrong this statement was, when in 2017 the fugitive's daughter, Kathy Gillcrist was identified. She was an adopted child, of which she was aware. But Gillcrist did not know that her biological father- Bradford Bishop- was such a well-known man. Since then, the FBI has also been looking into the years Bradford Bishop was at Yale University, from 1957-1960. Perhaps a motive for the events of 1976 could be found in his years at Yale. He was prone to violent emotional outbursts, irascibility and took strong antidepressants. In 2014, it was revealed that he was bankrupt.

In March 2000 Lorene Klepacki of Asheboro, N.C., paid $38 at a flea market at the Greensboro Coliseum for an old diary. Inside the notebook was written, "Bradford Bishop Diary." A relative read about the Bradford Bishop case on the internet and called the Montgomery County Sheriff's office. The diary, which spanned the six years from October 1965 to October 1971, spoke volumes about Bradford Bishop. The name "Sonny" appeared in the diary and became the subject of much speculation as to whether she might have been the mysterious dark-skinned woman witnesses had seen in connection with the dumping of the bodies.

The trail peters out

Bradford Bishop murdered his family and then drove their dead bodies in a red Chevrolet station wagon to the area of Columbia, North Carolina, about 450 km from the actual crime scene in his native Maryland. He tried to set their corpses on fire in a previously dug hole. This was done with gasoline and other accelerants that Bishop had bought in Montgomery County.

He tried as best he could to cover his tracks. But at this point he was seen by a witness out with his dog and later probably in the company of a dark-skinned woman.

It was not until the 8th of March 1976, more than a week after the suspected crime, that a neighbour who had not seen the family for some time informed the police. One of the officers found blood, human bones, tissue, fibres and hair on the landing between the veranda and the front door, then on the floor and walls of the entrance hall, then all over the house.

The bodies of the family members, already found on the 2d of March 1976, were identified by means of the dental chart. The bodies were "overkilled", as the coroner recalled years later.

The car Bradford Bishop had used was found a few days later in Gatlinburg, Tennessee, near the Great Smokie Mountains, about 640 km from where the family had been found.

A witness testified that the car was parked there between the 5th and 7th of March 1976.A

After that, Bradford Bishop disappeared, with the exception that he was said to have been seen in a good dozen countries in Europe.

Three sightings were particularly interesting because they were apparently people who knew him from before or recognised him, such as a colleague who was with him on a business trip to Ethiopia.

Another witness recognised him in a park in Stockholm twice within a week.  She was absolutely certain, she stated to the FBI, that the man was Bradford Bishop.

She had not contacted the police because she did not know he was wanted for murder in the US. This all took place in July 1978, more than two years after the crime in Maryland.

In January 1979, Bishop was personally approached by a colleague in a public restroom in Sorrento, Italy. It is important to know that the witness, a certain Roy Alwin Harell Jr, knew Bradford Bishop very well and had spoken to him on the afternoon of his disappearance, according to the FBI files.

"Hi, you're Bradford Bishop?" And the man replied in a familiar American accent that he was not, and then fled into a busy city square in a literal downpour. He was poorly dressed, the witness stated.

On the 19th of September 1994, Bishop was standing a few meters away from a former acquaintance of the family, at the railway station in Basel, and she testified that he had got into a vehicle. Where he had travelled to, she could not say.

In 2010, authorities believed Bradford Bishop was living in Switzerland, Italy or a neighbouring state. It even came out that he had been in contact with a murderer at the state prison in Marion, Illinois, before the 1976 crime. Why, it was never clarified. Ken A. Bankston, as the man was called, died of cancer in prison in 1983, and he never revealed the secret of the correspondence.

More in this category: « Can the mystery of the Isdal woman be solved in history of the former Hotel Regina in Geneva ? The Case of Anja Beggers »