Can the mystery of the Isdal woman be solved in history of the former Hotel Regina in Geneva ? 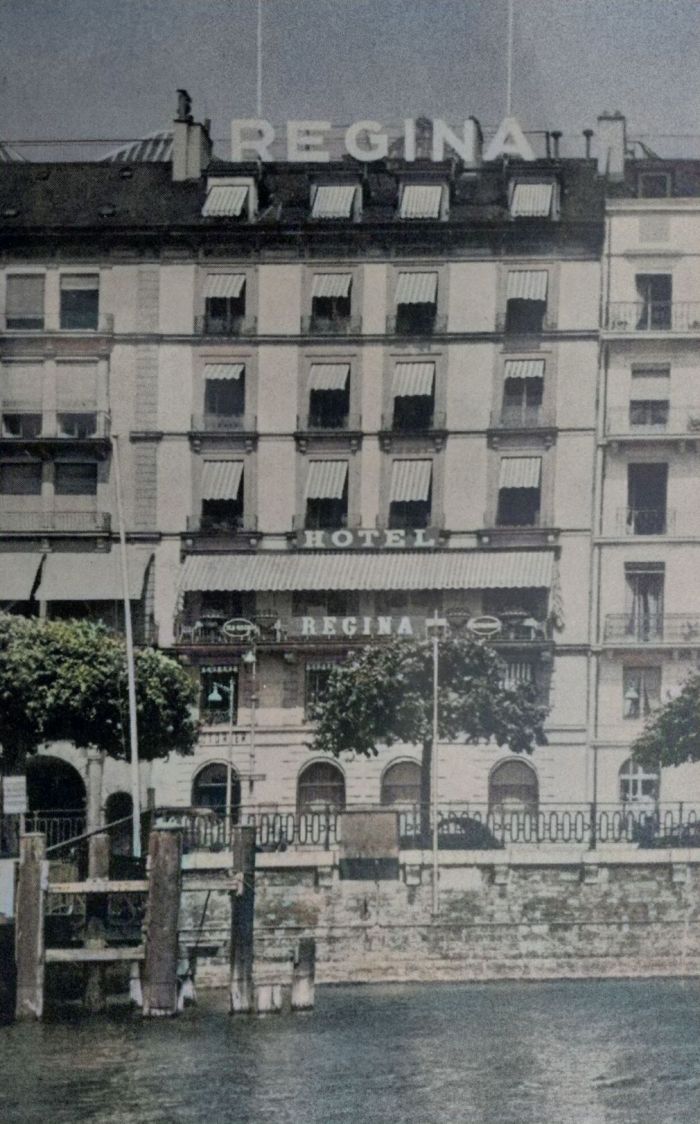 There are new findings about the Isdal woman, who was found dead around Bergen / Norway in November 1970.  But also only fragments in a large mosaic that the beautiful unknown woman left behind.

Already in 2019, Le Républicain Lorrain in Forbach / France wrote about the mysterious acquaintance of a man from the Grand Est in the weeks of summer 1970.

The two spoke almost exclusively about painting and art. She had a "Balkan accent" but spoke German, French and Dutch, as Le Républicain Lorrain reported. The unidentified person, who served as an informant for the regional newspaper in Lorrain, said: "She (the alleged Isdal woman) said she had several documents and passports that allowed her to cross the Berlin Wall and travel to the GDR without any problems."

Overall, the statement in the French source is astonishing. It is perfectly aligned with the events that then took place. Allegedly, she had quite a few passports and wigs in the luggage collected from friends in the Wiesberg district of Forbach, where she also spent the nights. Also, clothes, which certainly did not come from a poor woman from the Balkans.

But where were the objects, documents, when the CID in Bergen found the suitcases in a locker at the local railway station after the death of the Isdal woman in early December 1970?

Why should this woman, who was sitting high on a horse in a lumberjack shirt and corduroy trousers, now suddenly be lying dead in Isdal/Norway? And this after she had met two unknown men, probably Yugoslavs, two days before her demise.

Just another clue in the puzzle: Did the Isdal woman's death journey already began in Geneva?

The trail of the Isdal woman leads not only to Lorraine, not far from the German border, but also to Geneva.

To the then luxury Hotel Regina at the Quai du Mont Blanc, owned by Émile Kähr and subsequently by his sons.  There, where Tito's and Ulbricht's foreign currency procurers hung out. Here, in the midst of Geneva's art scene, within a stone's throw of Geneva's galleries, the connoisseurs of old masters met, and not only them.

But the Hotel Regina in Geneva, in the years a well-known spot for East-West contacts, also had an eventful history, as one can read in the Journal de Genève. Mysterious events took place: for example, documented in the issue of September 22, 1959. The French-language article can be found here.

We have because this act is so exceptional in the borough, translated the article.

"Towards the end of last night, two unknown persons presented themselves to the porter of the Hotel Regina, 7 quai du Mont-Blanc. Mr. Alois Arnold, 78 years old, 20 avenue Jacques-Martin in Chêne-Bougenes, who was just finishing his deputy duties, the incumbent being on leave at the time.  By one of the strangers, who had taken out a percussion instrument from a red leather bag, (the man) was hit on the head. Mr Arnold collapsed while the second assailant held him down and grabbed him by the throat. Meanwhile, the first robber had gone behind the counter, blown up the cash drawer (!) and taken more than nine thousand francs (worth about 4456 euros at the time).

When there was a noise, the two attackers made their way towards the salons and jumped through a ground floor window onto the Square du Mont Blanc. Mr Arnold soon regained his senses. The septuagenarian, who was very alert despite his age, managed to call the police by phone. The police rushed to the scene and began a search, which, however, proved fruitless. In fact, the clues about the unknown persons are rather vague: height 160 cm, rather thin, age between twenty and thirty, complexion and hair dark, language with a southern accent, light-coloured clothes, unkempt appearance.

Mr Arnold, who had lost a considerable amount of blood, was taken to the polyclinic and then to the Cantonal Hospital, where doctors found a deep wound on his head - but he had not suffered a fractured skull - and traces of strangulation on his neck. He will have to stay in the cantonal hospital for a week.

Only a while ago, the night porter of the Hotel de la Paix narrowly escaped some people who, after breaking open a window, tried to attack him."

It is surprising that this attack happened around eight o'clock. The perpetrators were also looking for something else. Unfortunately, the whole eventful history of the Hotel Regina cannot be told in one article, but it was wild. Another article shows the usual "business" in those days.

"Yesterday, late in the morning, the Pioneers of the Permanent Standby went to the Hotel Regina, Quai du Mont-Blanc 7, where a fire had broken out between the floor and the ceiling. The fire brigade had to carry out demolition work to reach the scene of the accident.

This was due to an accidental cause. It actually appears that a cigarette, which was undoubtedly extinguished, fell into a small hole in the toilet, releasing smoke that necessitated the fire brigade's intervention."

Just a side note in this matter is that the Bristol Hotel at Krambugata 3, in Trondheim, where the Isdal woman was staying, burned to the ground in 1976. Until now, it is not clear how the fire started. 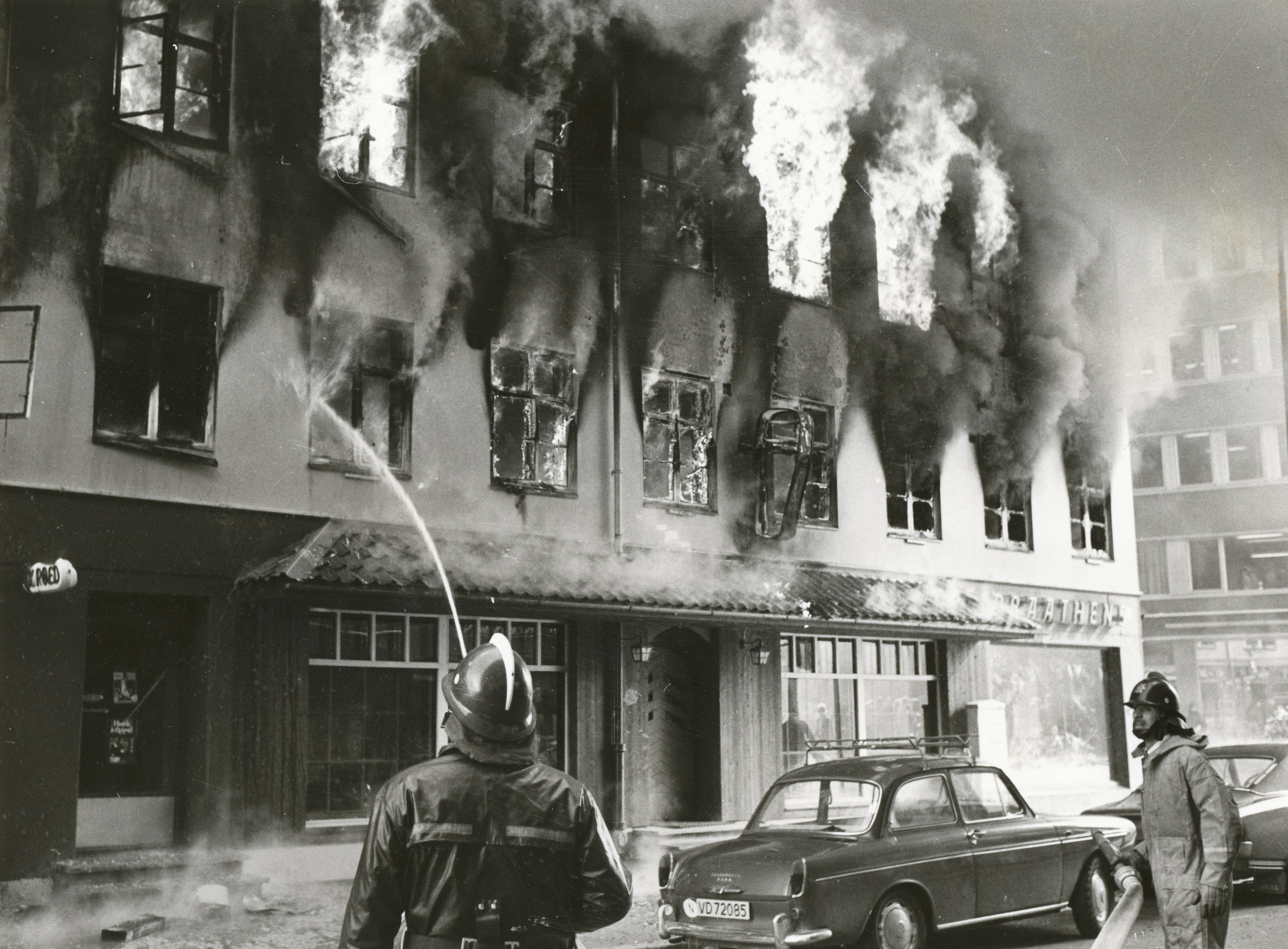 In the 1950s and 1960s, for example, the annual writers' event was held in this fashionable setting in Geneva. The Isdal woman, obsessed with art, blended in perfectly with the surroundings. But, the star of the Hotel Regina was sinking, numerous tenants and changes of ownership led to the dissolution of the house in 1974.

What is today the Hotel de la Paix on the elegant shores of Lake Geneva, was in 1970 the Hotel Regina. No less distinguished.

The beautiful unknown must have resided there. At least she had a sewing kit from this house in the evidence of suitcases found in a locker at Bergen station days after her demise.

At the time, this sewing kit was laid out in the rooms of the posh hostel on Lake Geneva, along with a bar of soap and a Bible. Unfortunately, there are no more sign-in sheets from those days.

The question remained, why did they, who had otherwise removed everything from the suitcases that indicated the identity of the dead, leave just the sewing kit in the suitcase? It was like the Norwegian Military Intelligence Service's obfuscation against the Bergen police. Cases from the bottom drawer were dragged in.

The traces seem to have been deliberately removed to obfuscate the real reason, the art smuggling.

But what is stopping Norway's military intelligence service, 50 (!) after the woman was found, from handing over the documents that were seized in the suitcases at the time?

This secret must be far more important than obsolete AGM-119 Penguin anti-ship missiles, which were used as a grateful excuse at the time and led to strangely scattered rumours.

More in this category: « The most mysterious murder case in Europe - The way of the Isdal woman - Waldfischbach- Burgalben - Bitche (1)