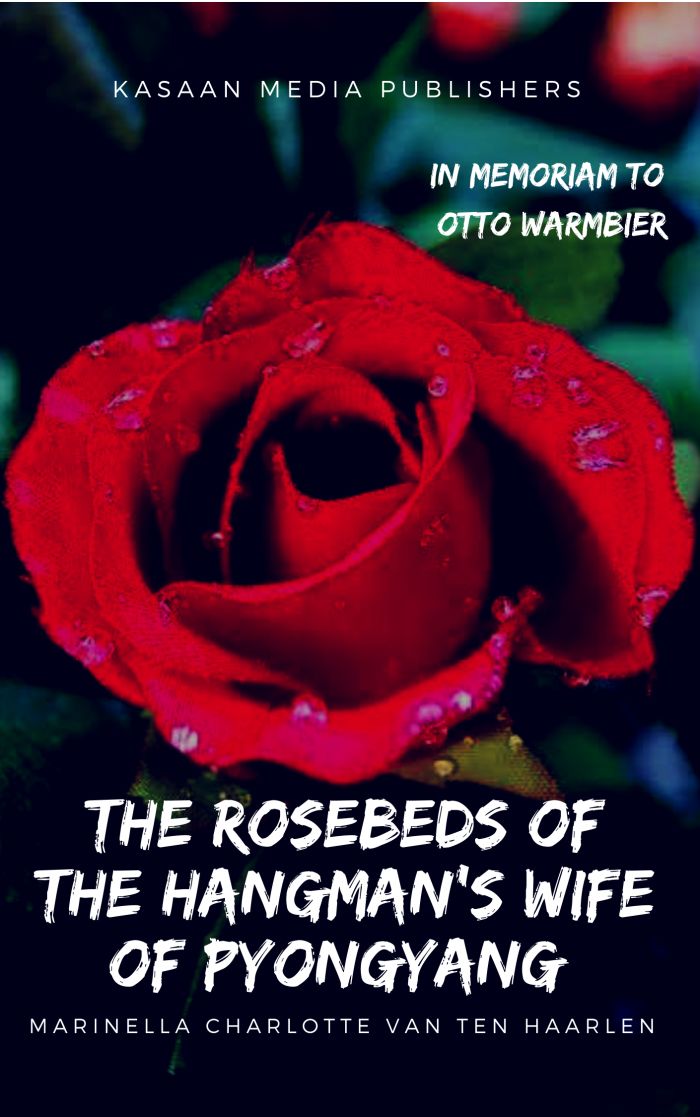 The Rosebeds of the Hangman's Wife of Pyongyang, Cover, kasaan media, 2018
Rate this item
(0 votes)

A Swiss with U.S. roots called Williams, an employee of an international aid organisation was presented in the course of the smouldering new Korean crisis to the executioner. However, there is more behind the story: Pyongyang still gambles, as usually, pokers, for more aid shipments threatens with the further aggressive escalation in the uncontrollable conflict.

While the international government delegations are agreeing on a renewed concession to prevent the conflagration of war, the tortured and starving man is answering questions in the form of strange self-critics to his executioner. This context leads to the ex-wife of the chief- executioner of Pyongyang. The all-powerful state security in Pyongyang accuses the former wife that in the garden of the cottage where she lives red roses are growing as a cross. Suddenly it becomes clear that the fates of those present, who had been interwoven, with each other, for the past decades. This is reason enough to pick up the woman to hand as well as the executioner. The daughters have placed in a "reeducation facility".

Furthermore, Williams speaks on the gallows about his emotions in a few months in North Korea. The officers of the executioner are so horrified, that they hang the man, although the North-Korean government had already pardoned him. They execute him in a barbaric act because they do not or cannot believe the impressions and the in-depth inside knowledge of the so-called "American" about their own incredibly bad shape situated country...