Further unsuccessful search for the identity of the Isdal woman (1) 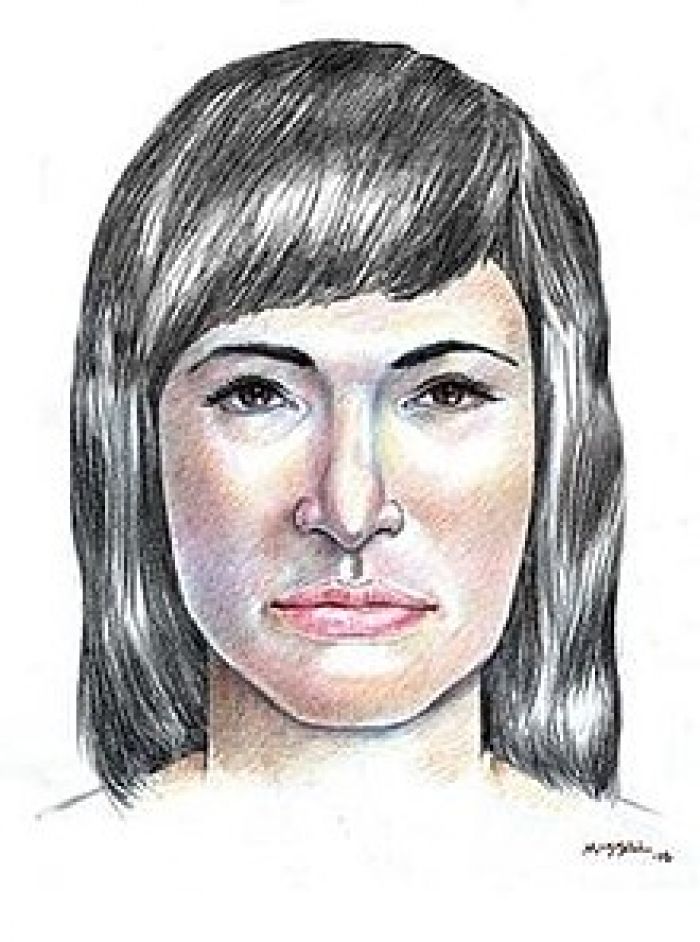 In times of fake news, we want to make our journal more transparent.

First of all, it is our research; we have the copyright on everything we present here. Two Norwegian female journalists from a BBC forum had protested against this, because the conspiracy theories, which in this case of the Isdal woman are circulating everywhere, were more important to them than reality, which probably looks much more modest than the conspiracy theorists imagine. We have read the most absurd stories in forums.

We cannot understand why the BBC was looking in Belgium. The editors will have had their reasons to search in Belgium with colleagues from the NOK for documentation.

The Isdal woman is one of our hobbies, and usually, we only report on our successes, but when we have made a step forward, a new article is published. This time, although we only found "dead ends" in our rather extensive research. We had 40 theories about who the Isdal woman might have been, which we will present in the next articles.

We are not working on this fascinating reportage because we think that the perpetrator or perpetrators should be punished. Only the judiciary is entitled to demand this.

In Norway, the statute of limitations is extended.

We believe that every person has the right to have a name on their gravestone. It has to do with human dignity. Also, the mystery of the Isdal woman is one of the most compelling criminal cases ever revealed.

This time we want to list the individual work steps that did not get us anywhere. There are three of us, sometimes four of us, on the ball.

Already at the end of 2017, we slowly began to research the identity of the Isdal woman.

Conclusions that the Isdal woman must have been in the border area between France and Germany before her death. The isotope analysis showed that she must have been in the space between Pirmasens and Bitche, the former fortress town, in France. At least that is what the diagram of the university in Canberra showed, which carried out the isotope analysis. 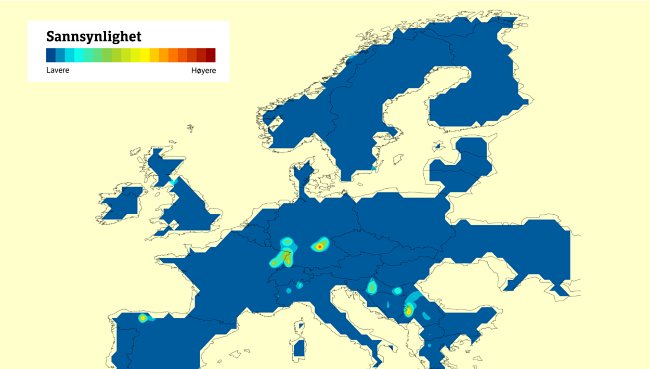 But we were surprised that no one missed the Isdal woman. Publicly accessible missing-persons files led nowhere. The woman must, therefore, have come from abroad, even though she must have lived in Nuremberg during her childhood.

So the trail led us to Bitche in Lorraine. We were more interested in establishing the identity of the woman. Very close by was Pirmasens, at that time, in 1970, the German shoe production mecca, where many Yugoslavian guest workers travelled. It could be true because surely such a guest worker could not be reported missing. Perhaps she had also come with her parents to Germany. Or because it was cheaper to live in those days into France. The analysis also referred to Serbia, so the possibility was not far-fetched. 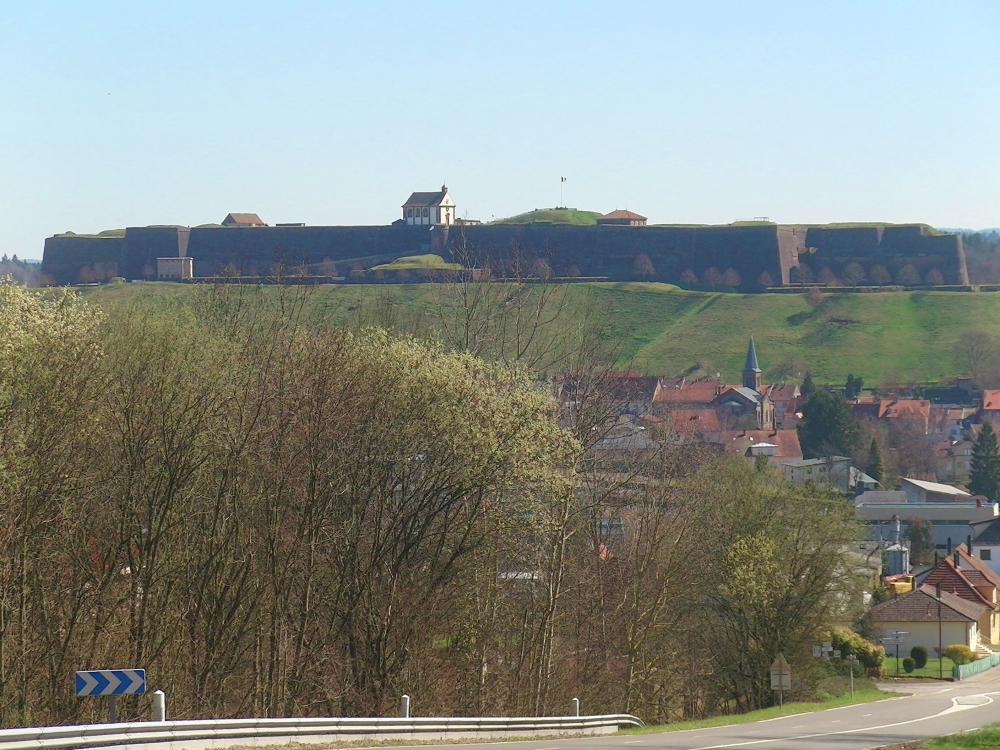 After the hype caused by the BBC series 2014 the interest in the probably most mysterious murder case of Norway decreased quickly.

Many private people are still speculating, here and there an article appears about the mysterious woman, who is called Isdalskvinnen in Norwegian.

What we know is little. What goes beyond the known facts: Certainly, the woman did not set herself on fire. With a large hematoma in the neck, a rather complicated task. It was no longer possible with the tablets taken.

The Fenemal (phenobarbital) brand of sleeping tablets probably originated in the United Kingdom, as the pharmaceuticals were not marketed in Norway at the time. It is also not possible that she took the pills voluntarily. This issue was already established by the then investigators in the matter, as well by the investigating prosecutor Carl Halvor Aas. The police investigator, after later information from his he was severely handicapped in his work. Although the investigation wasn't finished yet, he was supposed to write a final report. The research was systematically obstructed by whomever, allegedly in this case the Norwegian military intelligence.

As with the suitcases, which the military intelligence service had already searched, when the ordinary police were still investigating for evidence at the place where the strange woman was found. Or the story of the boots that led two investigating authorities, independently of each other, to Rolf Rørtvedt's father's shoe shop in Stavanger.

What did the Norwegian secret service know about this woman, apart from posthumous interpretations? How was the military research in Bergen spied out at the time? The meeting between the Palestinians in Oslo was a possible motive. Possible Mossad operatives, who should then have selected targets.

Yes, and who travels through Europe under so many false names: Claudia Tielt, Vera Jarle, Elisabeth Leenhouwer, Geneviève Lancier, Claudia Nielsen, Alexia Zarna-Merchez: the passports are said to have poorly been forged. Alexia Zarna-Merchez supposedly came from Laibach in former Yugoslavia. At that time, people in Norway believed so.

We turned to the found matchbox of the Beate Uhse Versand.

There were thousands of packages in the days, everywhere, even at railway stations, in the then DSG (Deutsche Schlafwagen- und Speisewagengesellschaft) restaurants. She could have taken the box with her at any place on her journey. Even on the train, she could still have acquired these matches. In the bar. It only proved that she had the box, and that proved nothing. With Beate Uhse Versand, there was also the slight possibility, which was purely hypothetical, that she had had a package sent to her by Beate Uhse to a German address. We rejected the idea because we had no other point of reference to her permanent residence in Germany. Beate Uhse Versand would also have no more records of possible delivery. It's just been too long and where should you look for the delivery address? And the deceased had nothing else of Beate Uhse with her, according to the list of evidence, which the Norwegian police made after finding the suitcases in the station. More on this in a later article.

Strangely enough, some of the evidence in the suitcase from the Isdal woman was already missing. As well as her bizarre behaviour in the last hotel, where she moved furniture and asked for another room. The systematic Caesar code with which she described her travels was surprising, but even that would not have been the task of an agent alone, which was attributed to her based on the many false passports. Also, all the labels in her luggage were missing.

But with the help of many small clues, the trail led us into the former Yugoslavia. To Maribor, to be precise. Because Tito was not an orphan boy, as one generally assumes today. There were murder squads, also in connection with dissidents from Yugoslavia in the Federal Republic, and numerous murders. Tito sent a murder squad to Munich as early as 1968 when three exiled Croats were hit. 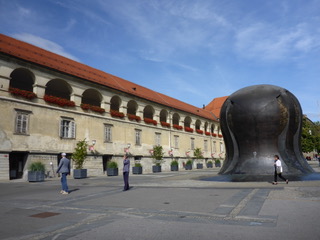 Even in 1968, there was a report about an extremely mysterious murder in the Yugoslavia Express, which probably also belonged to the deeds of the Yugoslavian perpetrators and could never be solved.

Next part: The track leads to Maribor

More in this category: In the streets of St.Georg »