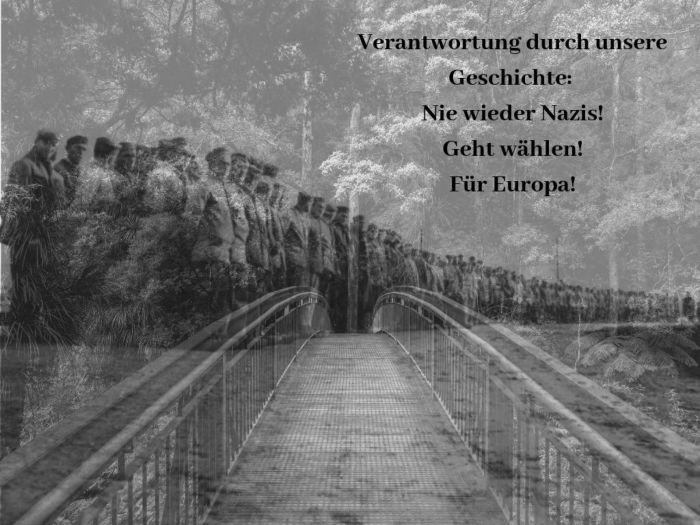 Only such a form of government can be chosen. Everything else is ineligible.

Democracy is a challenging field that requires daily care. This care and nurturing have been neglected.

Europe carries the traditions in the development of the future and should become a central state in which the nations find their weighty voice. How the United States of America once had to grow together.

Everyone who is anchored in Europe contributes something to the big picture. Politics is not infallible. Only ideologies are not desirable. The enemy of democracy has taken a firm grip on Europe in its field.

The EU must be reformed, Macron has recognised this very clearly and precisely. Europe cannot and will not afford an autocratic nuance.

This is by no means an easy task. Many mistakes were made. One of them: Jean-Claude Juncker invited large corporations, which were downright offending consumers and also the state system. The euro came a few years too early as a common currency but continued to ensure Europe's economic success.

After the experience of World War II, nation-states joined together to form a pan-European house, a community of those who, after the knowledge of the wars, now saw that it was only possible to do it together. Adenauer and de Gaulle understood the call of the times. There were no longer enemies, but neighbours.

In the unfortunate video of Rezo and his thoughts, history, which laid the foundation for European politics, was never mentioned. It was the protest video of a politically ignorant "snotty guy" who earns quite a bit of money on youtube when he posts such productions that the "No Future" generation loves.

In their wishful thinking to create a step-by-step society again, the nationalists see the election as the last chance to reorganise their old rotten world view.

What nationalism means can be seen in the inglorious example of Mr Strache and his Adlatus in the villa on Ibiza. Nationalism is the shame of the world. Such parties should be subject to a ban since they are probably defined by corruption and inhuman world views.

Now nationalists, like their left-wing political opponents, can polarise.

This polarisation grows more and more every day. This is what the right-wing dregs speculate on, as always in history.

A Democrat is forbidden to believe in what the speculators of division expect from their future. Their only aim is to enslave the people so that they may prosper, see Strache and his companions.

The left-wing mob showed its real face in Hamburg two years ago, namely anarchy and looting, rebellion against everything that developed in decades of system.

It is up to the voter to eliminate any possibility of polarisation. Through the voice, which is as valuable individually as it is in the crowd. This strengthens democratic forces, which now have to take massive action.

To choose Angela Merkel out of hatred for the person Angela Merkel is the wrong direction. In autumn 2015, she did not act politically, but humanely, which may be blamed on her.

The chaos in which nationalism ends can be seen in Great Britain, which is destroying itself because there are money-hungry and short-term thinking forces that certainly pay well for their convictions. These are not their convictions, but the profit of the gang around Farage and Johnson is in the foreground of the "putsch" against the at times confusing sounding Theresa May.

Who wants such governments? Nobody. A state would dissolve if, as we can see, such people came into office and dignity.

Democracy, civil rights and freedoms no longer count for anything among nationalists. Minorities would be mercilessly persecuted, with the hatred of any dictatorship.

No one wants such eternalists who are not able to foresee the consequences of their actions. Declaring Europe a fortress contradicts the fundamental values of what Europe wants to be and can be, an open society in which neither borders nor obstacles are raised.

Those who are against it are only looking for their own transparent reason.

More in this category: News from the "extraordinary Chris" 3rd episode »