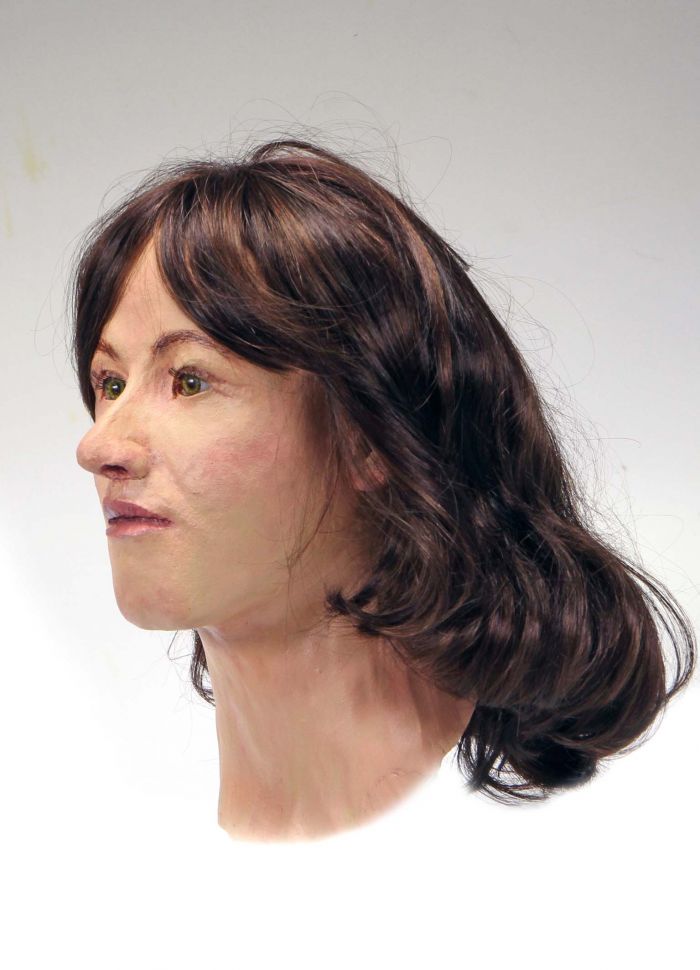 Does the track of the "Heulmeisje" lead to Essen in Germany after all?

Where was she seen?

Can anyone make a connection with the food?

Has anyone seen the "Heulmeisje " before 1975 in the Eastern Bloc?

A witness who had a connection to the young woman is said to have revealed himself to a taxi driver.

Who can provide information on this?

Can anyone provide information about the young woman?

Traces of a terrible crime

In Beijing Hua Guofeng succeeded Mao Zedong as head of the CCP. Members of the gang of four around Mao's widow were expelled from the party.

The British James Hunt won the Formula 1 race at the Japanese Grand Prix ahead of the Austrian Niki Lauda.

At the same time, a forester finds the corpse of a girl by chance, who should go down in German criminal history as the Heulmeisje.

It must have lain in the parking lot at the following location for months before it was found.

The name "Heulmeisje" was given to it because this was the name for the parking lot at the Dutch A 12, Deheul, at that time.

Overall, very little is known about the girl found on October 24, 1976, in the small adjacent woodland of the former Deheul car park on the A12 near Maarsbergen in the Netherlands.

She was between 13 and 18 years old at the time of her death.

It is frightening that until today the identity is unknown and therefore apparently nobody misses or even knows the quite pretty, about 1.60 tall girl.

It seems strange that after more than 43 years of intensive investigation and reconstruction of the face by forensic experts, no clues were received that could at least lead to the clarification of the person's identity.

One of the many tracks from the year 2013 led to the Ruhr area, where it silted up again. The skeleton was unearthed in 2007. Afterwards, the skull was excellently restored, as can be seen on the reconstruction photo of the Federal Criminal Police Office in Wiesbaden.

The finding of the corpse by a forester under a layer of leaves was as in many cases. The girl lay strangled on the scene.

During this period, numerous prostitutes and their clients met on this Deheul car park.

The body was buried as the missing "Monique Jacobs".

Monique Jacobs reappeared out of nowhere after 36 years. There had been problems in the family which forced Monique Jacobs to find her centre of life in the USA.

After that, good advice was costly.

Several broadcasts of the German criminal file XY and the Dutch Opsporing Verzocht from 2013-16 brought hardly any clues and unfortunately no clue at all as to the identity of the person.

But who was the so-called "Heulmeisje"?

For 43 years now, the Dutch and German police have been investigating the mysterious murder case.

Investigators did not find many traces in the vicinity of the later site.

In 1976 the "Heulmeisje" was on the road with age-typical, for that time simple clothes.

It is and was not at all so unusual that corpses that were found after years or months cannot necessarily be assigned to any other body.

Usually, it is a piece of the criminalistic puzzle over the years, or as in this case over decades, that needs to be put together. However, much of this case seems so unsolved that the investigators thought they were back to square one.

In this case, the skull was reconstructed and photographed. That's how Heulmeisje could have looked like.

Numerous rumours said that the girl came from a guest worker family, perhaps from Greece, former Yugoslavia or Poland.

Even with forensic geology and the restoration of the face, plenty of nowhere leading work was done in the years following the discovery of the young woman. It was found that after examining an epiphyseal joint, the unknown deceased was born between 1960 and 1964.

In later years, an isotope examination was carried out on the hair and teeth, and it was found that the victim spent several years in the Ruhr and Eifel regions. Around the year 1975, it probably stayed in the German Democratic Republic or in a neighbouring country of the former Eastern Bloc. Shortly before death, the victim will have lived in the Federal Republic of Germany or the Netherlands again. During this time, she was very poorly fed, which indicates anorexia or simply poverty.

Here in the Dutch language a reconstruction of the possible events:

According to information from the Dutch police, who never closed the case, the body was, according to an informant 36 years after the crime, dumped or thrown away in the parking lot by two men aged between 30 and 40 years at the time. Many people who knew whoever they were, were aware of this fact. Whether the escalation occurred or whether the body was only temporarily stored was never determined.

A taxi driver reported that he was talking to a drunk passenger. The latter, in turn, stated that the girl had come from Essen and explained that the young woman spoke German. The only secured track that led into the Rhine-Ruhr area, to Essen.

In the course of our research for this article, further questions arose:

Can anyone give details of the dead who are said to have been in the former GDR or neighbouring Eastern European countries at that time, in 1975?

Is it possible that the death of the young woman was connected to kidnapping by (Eastern European) pimps?

It is asked whether the so-called "Heulmeisje" lived and grew up in the Eifel, the area bordering on the Netherlands, during the first years of her life, whether anyone can remember her school days around 1970 and perhaps provide relevant information about the person depicted?

How did the girl get into the parking lot, which is now closed?

Who knows the girl with long eyelashes and dark brown hair from a holiday?

What's the story about the two men who are said to have simply disposed the body in the former parking lot at the A12 motorway? In this context, the term "simply thrown away" was often used.

Does anyone know the "Heulmeisje" from a day nursery in the former GDR?

Did the family of the "Heulmeisje" perhaps belong to a circus or artist troupe, travelling people?

If anyone can provide relevant information, please contact the following police station or directly the Federal Criminal Police Office in Wiesbaden, Germany,

The main questions of the police in this cold case revolve around two pivotal points:

Who can give clues as to the girl's identity?

Besides, any other police service who will receive observations or information from the time will forward them to the investigating service in the matter.