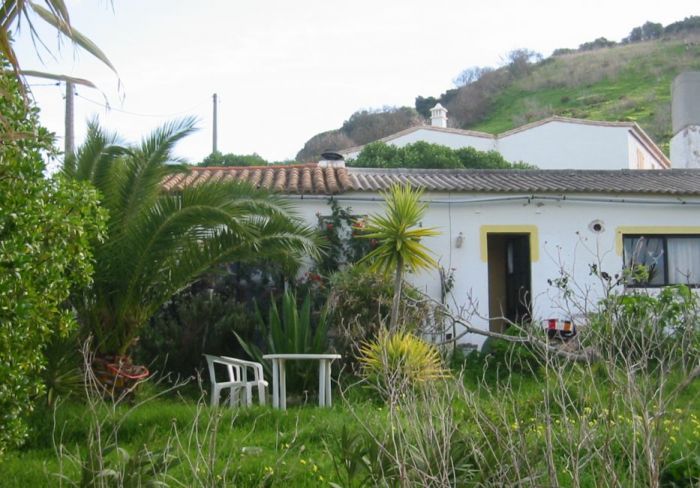 Maddie McCann - The most severe child-abduction since the Lindbergh Baby

Christian B. was taken on yesterday by one of Germany's best barristers after his defence lawyers had resigned their mandates.  Johann Schwenn together with his colleague from Kiel, Friedrich Fuelscher. Christian B. was transferred to a solitary cell in prison in Kiel. The prison management fears that other prisoners might attack the suspect. Friedrich Fuelscher said in an interview (German) that he wants to take criminal and civil action against anyone who allegedly spreads statements. Half the world would accuse his client of the most horrible deeds. His client would feel bad.

Christian B. cannot defend himself right now. He is incarcerated.

It seems incomprehensible how it can be that all the facts that led to Christian B. being considered as the possible perpetrator are only now becoming known. Everybody knew something, and now everybody wants to talk about his personal experiences with the suspected perpetrator. In the process, many lose their grip on the rule of law, which guarantees the presumption of innocence even for the worst crimes. Many don't notice that Christian B. cannot have committed all the crimes, at least not alone.  He must have had accomplices if any.
It would be an absolute disaster if, due to the public statements, the background of the events could no longer be revealed. Perhaps this would mean that one would forgive oneself any possibility, if at all, of finding the children still alive somewhere. This issue cannot be the intension of the case.

The questions are becoming even more pertinent.

How could the First Prosecutor of Braunschweig, Mr Wolter, have known that Madeleine was dead, maybe the girls were sold.
Is there such an organization that kidnaps children...
What did they do to the children?
There is a proof on video, as Christian B. also used to film the misdemeanour with the 72-year-old American in Portugal. Or did this video or the evidence of Maddie McCann's death appear in any other context?
Did Christian B. have any accomplices who assisted him in these known crimes?

In this context, the Sun reports that Christian B. probably announced to his then British partner on the day before the abduction of Maddie that he would leave the following day, according to the Sun:  So the whole affair was already known, since 2007.
"It's a horrible job, but I have to do it, and it's going to change my life. You won't see me for a while", as far as the quote of the main suspect, reported by Sun and RTL.
The cryptic comment of Christian B. pointed out that he kidnapped Maddie on behalf of whoever.
According to RTL, this former girlfriend also knew about Christian B. had abducted Maddie. She approached him about it in 2010. She didn't think he was capable of such an act, but he told her, according to the Sun, not to go to the place.
Meanwhile, the impression is growing that Christian B. had accomplices. Is there an organization of child molesters who carefully prepared their deeds?

Is Christian B. also connected with the disappearance of Hilal Ercan, who disappeared in Hamburg on January 27, 1999? Or with Katrin Konert, who vanished without a trace from a bus stop on January 1, 2001. An unknown woman with a Polish accent who called her sister, later claimed that she had got into a vehicle bearing Berlin license plates.
What about Inga Gehricke, who disappeared without a trace in a forest in 2015?
If all cases were real, it would be the worst series of murders, except the Göhrde murderer, since the end of the war in Germany.

Is this actually about a German paedophile ring?

In the meantime, Christian B., who has served a large part of his prison sentence for drug dealing, has applied for release from prison.

In the Maddie McCann murder case, the court in Braunschweig has not yet issued an arrest warrant. Senior Public Prosecutor Wolter from Braunschweig does not, however, have enough evidence to file charges.

In other cases, such as Carola Titze, who was murdered in the De Haan area of Belgium in 1996, investigations are ongoing.

In the case of Rene Hasee, who disappeared without a trace in the Algarve that same year, no initial suspicion could be found. But Christian B. is also under investigation for another mysterious murder case in recent decades, involving Peggy Knobloch. The girl's remains were only discovered by chance in July 2016 by a mushroom picker, after the girl disappeared on her way to school in 2001. Initially, the innocent Ulvi K., who is mentally handicapped, had been sentenced to years in prison as the perpetrator.

Besides bank robberies and other crimes.

Also, one of the perpetrators, Uwe Böhnhardt, had already been suspected of being involved in the murder of a child.

Bernd B. who disappeared without a trace in 1993 on the river Saale. Whether there was a connection between Böhnhardt and Christian B. cannot be clarified. Böhnhardt died in a suicide attempt after a bank robbery in Eisenach in 2011. According to the British Sun, Christian B. is said to have appeared in deeds under different aliases Fraenkel and Meisser.

It is said to be an association of paedophiles from Germany.

This suspicion has been known before in connection with the NSU. According to a report by the Guardian in London, a Hazel Behan who was abused in 2004 asked to have her case re-examined. She lived not far from the former temporary waiter Christian B. in Portugal.

As the BILD newspaper reported, Christian B.'s former partner in the Algarve was looking after children who were difficult to bring up, for whom she received 4000 Euro per child per month. It is not clear when Christian B. separated from his girlfriend. She is not supposed to have taken care of the children, other girls are said to have come back pregnant.

But if Attorney General Wolter had evidence that Maddie McCann was no longer alive, he said in an interview with Sky. In addition to the suspect's horrible remarks, it has now become known that he declared that "pigs can eat human flesh and a person could disappear completely", an unknown source is quoted as saying. The body of Maddie McCann is being searched intensively as more and more details are received through countless leads. It is probably about the properties in East Germany and Portugal. Whether Madeleine McCann was still alive after the kidnapping is unknown, but witnesses have explained this fact. There was no chance trace Maddie live.

'We think there are more victims': https://t.co/8JHdN5ZFA7

How many more children like Maddie McCann have fallen victim to this cruel fate caused by Christian B.?

Christian B. is the prime suspect of having committed these acts. However, did he commit these acts alone?

Is Christian B. only a part of a network that specialists have feared for years, but nobody wanted to admit it really exists? It was reported that the rape and robbery of the 72-year-old American women were filmed 1 1/2 years after the disappearance of Maddie McCann on the Algarve Coast in Portugal.

By whom or rather how? For this crime, the Regional Court of Braunschweig (Lower Saxonia) Germany sentenced him to seven years imprisonment on December 16, 2019. The sentence is not yet final, but remand has been ordered.

Did Christian B. shoot the film for himself as a trophy of the crime or for a "wider audience" that "enjoys" such or similar acts on commercial sites on the internet?

Was the disappearance of Maddie filmed by the second man whom witnesses claim to have seen on the night of the crime according to the Portuguese media?

Presumably, Christian B. burgled into the McCann's holiday apartment on the night of the crime, to search it for something valuable, but then decided to change his mind and "stole" Maddie. The case led to a vast worldwide media response within weeks in 2007. Witness statements from that night are consistent with what the police have painstakingly collected across all borders.

But what happened after Maddie McCann was abducted?

A witness had allegedly seen the girl get into the vehicle of a man with German license plates a few weeks after her mysterious disappearance. Whether she did so willingly or unwillingly, the witness was unable to say more. According to the Daily Mail, these incidents are described in the investigation file of the police in Portugal. As another witness saw, Maddie allegedly left a restaurant in the Spanish coastal town of Alcossebre before getting into a man's van. How did the girl get from the Algarve to the seaside village near Castellón de la Plana, almost 800 km away? The statement is now considered very credible.

What happened after the kidnapping, which was re-enacted by Rudi Cerne, was shown on the German Police File programme on June 3,2020 and caused an incredible media response?

Did Christian B. have international connections in the child molester scene? Or is he part of such a network.

The latest leads lead to a crime in Belgium, but so far, the police, in this case, had no points.

As reported by the Belga news agency, it is about the violent death of Carola Titze from Vechta, Germany, who was raped and murdered in 1996, when she was 16 years old. Her body was found in the Belgian seaside resort close to De Haan in July 1996. The girl was on holiday with her parents. She went missing after taking a walk on the beach—the night before she had met a young German who had bragged about his intense criminal activities. The two had spent the night before together. According to Belga, the public prosecutor in Bruges wants to reopen the investigation. In this context, Dutroux and even Fourniret had been investigated as perpetrators without results. Now the 1996 phantom picture of the Belgian Rikswacht shows considerable similarity to Christian B.. Marines had found the horribly mutilated body of the young woman in Duinbossen, only 200 metres from the holiday resort where she was on holiday, 14 days after her disappearance. 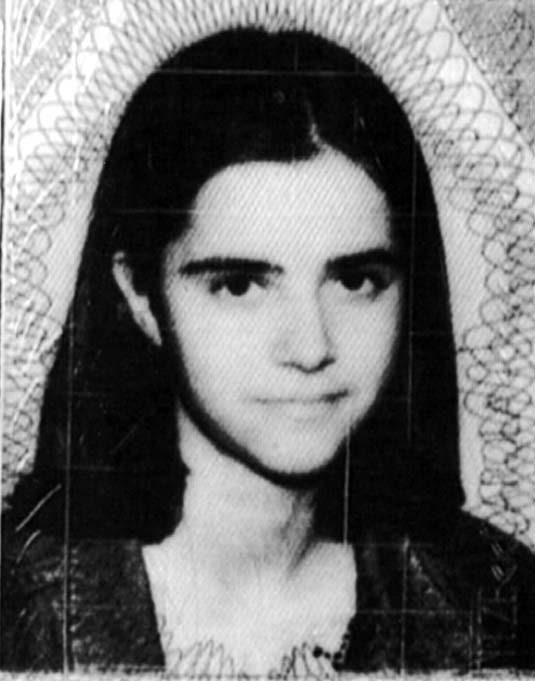 If you know anything what can be useful to the public prosecutor, you are asked to contact the numbers behind this link

More in this category: « Kambo Man - another mystery from Norway