Flexible response - one year after the Alina programme

This time "in the robe" of apple love

The ripper is on his way, so everyone is warned. Brutal scammers like Alina or Rebecca are once again on the timelines of the big social media providers. The Shame of Africa is marching again. It's all about money, but the romance scammers are willing to do everything in their power to make it happen. This time with a fake Brazilian mermaid for lonely men while the lockdown. But that's not all. They show that there's still room for improvement in terms of badness.

The e-mail address of the pomme love already appeared in the program Alinas. Stolen pictures, stolen identities and "Morane is hungry", this is how the African gangs roamed the social networks. Brutal is still the friendliest word that points to the perpetrators.

Last summer, we told the story of Veith, who still hasn't recovered from Alina in terms of health. In the meantime, the public prosecutor's office is investigating the perpetrators, and fraud is only a marginal phenomenon in these proceedings. With their messages, they send links containing phishing programs, through which they later access the data of their victims.

Today the brutal blackmailers from Africa's Ivory Coast operate under other identities, which they obtained after the collapse of the program Alina, to continue the profitable business. So Cornelius wrote to us yesterday, that the successors of Alina also contacted him. Immediately the unknown ones wanted his Whatsapp to start with the scammer terror.

Because they mistook Cornelius for a woman, they immediately wrote: Subject: How are you? I'm glad you answered my e-mail. I am Andreas. I hope I am not disturbing you; the mail came from the already very active mail address pomme liebe
This email address is being protected from spambots. You need JavaScript enabled to view it.

Attention: For women, greedy Africans have set up the Andreas programme. When Cornelius wrote that he did not know an Andreas, he got the flexible answer: I am a woman, my name is Andrea. Thanks a lot. If you don't mind that I can leave you my WhatsApp number, we can write to each other more easily. As in the case of Alina, the real goal was to get immediate access to the WhatsApp to be able to exercise control. For this purpose, the alleged Andrea gave her number, which is a fake. +33 7 56 84 51 05- plus the signature of the local time, which indicates the time difference.

The perpetrator group operates via France and the Ivory Coast, Belgium and the Congo. Further traces lead to Morocco. In Germany, too, the group continues to expand. Unfortunately with a brutality that makes even experienced investigators freeze their blood in their veins. Those who do not pay are blackmailed. The trail to the head leads into the Congo, where he should not feel too safe.

It is one of the dirtiest groups of scammers. Victims of the group were so demoralized that they thought about suicide when the perpetrators tried their hand at them. However, numerous measures are being taken in the background to stop the perpetrators.

Until that happens, everyone should be warned to get involved with these people.

It is essential: Never give the perpetrators personal data, no matter what they promise or how they threaten. In case of threats, contact the police immediately. 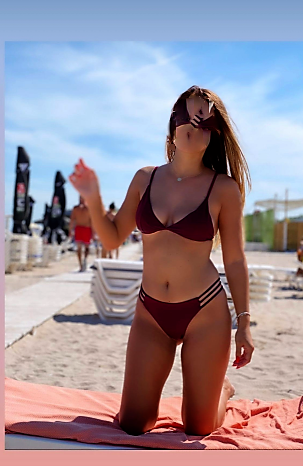 More in this category: « Idi Amin Dada, the clergyman and Western Union (Part one)