The peasants’ protests continue with rallies – this time the Mercosur agreement 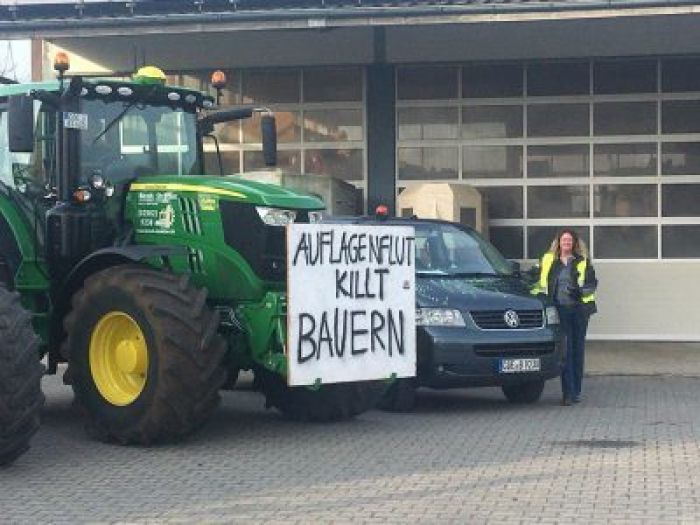 What’s going on with the farmers?

There will be another rally today. The tractors are rolling. So does that one of Susanne Strätker again, whom we have accompanied in the numerous episodes about the farmers’ displeasure since the beginning.

For months now, there have been repeated tractor demonstrations in which they make known their justified concerns. The situation is already alarming. The domestic dying out of farms will continue, although the farmers, too, for their part, stand up for the climate goals. The insanity of these days, made from the green table in ministries, is the Mercosur agreement.

Nobody seems to have thought the chain through. However, goals are set for domestic agriculture that no one can meet. The farmers are literally crushed by the flood of regulations.
Not only that with the EU-Latin America agreement, e.g. the neo-fascist Jair Bolsonaro and his corrupt environment from the EU can also achieve trade surpluses – no- but the domestic farm dying also becomes a compulsory programme.

While in Latin America other political foundations certainly not EU climate targets apply, in the future farmers will have to compete against the enemy in Brussels.

The Mercosur Agreement is an intolerable situation anyway, which, on the surface, initially offers more freedom in trade. Only on closer inspection are the consequences for consumers and farmers frightening. For in addition to the difference between laws in Latin America and Europe, there is the fact that no species-appropriate animal husbandry, senseless deforestation and slash-and-burn clearing of the rainforests to achieve higher profits, hormone-treated animals to make them grow faster, chlorine-treated chickens to keep them germ-free, etc., will be the order of the day.
How this is to be in line with the countless regulations on climate target policy is not understood by anyone involved in agriculture.

But Brussels and Berlin once put a trade agreement in place. Politicians cannot explain the treaties, nobody wants to talk about mediation any more. An entire professional group is being made the scapegoat for wrong policies.

The farmers have a direct concern: agricultural goods should be bought in the region so that they serve the climate goals and not distort competition and thus serve the regional farm dying alone.

More in this category: « Iron March (1) Nuclear Weapons Division - the ugly Nazi has got a stupid face