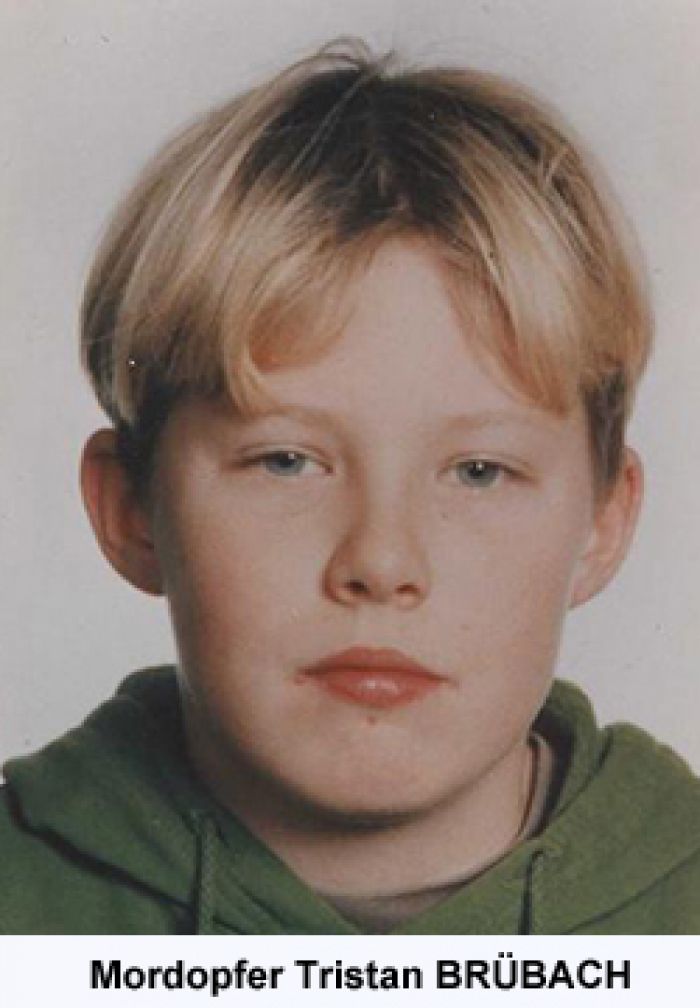 The murder case to the detriment of the then 13-year-old Tristan Bruebach, who was found dead on Thursday, March 26, 1998, in the now-closed Liederbach Tunnel in Frankfurt-Hoechst, built-in 1937, is still one of the most brutal murders in German post-war history and, above all, one of the most mysterious crimes ever committed in Germany. Tristan came from a difficult childhood. His mother had died sometime earlier and was reported to have committed suicide. Tristan lived with his father, who was the sole breadwinner.

For 22 years, the Frankfurt homicide squad in charge of the case, and since 2007 the Special group Tristan has been trying to arrest the perpetrator(s). The crime shook the entire Rhine-Main area at the time.

Tristan Bruebach had gone to school that day with back pain and wanted to see a doctor afterwards.

The execution of the crime was marked by indescribable brutality and by mutilations and the "trophy hunt" of the unknown perpetrator.

What took place on the day of the crime is still not evident to this day.  It can only be reconstructed with significant difficulty. It is also challenging to reconstruct whether Tristan knew his murderer fleetingly or whether he knew him closer when he probably met him in the Liederbach tunnel below the Hoechst station  He was sitting there at about 1:45 p.m., smoking a cigarette. Cameras recorded this.

What he did in the next two hours or so after calling his father from a telephone booth could only be reconstructed in fragments. Another student saw Tristan on his way home at about 2:15–2:25 p.m. in front of the Hoechst station, sitting alone on a bench there. 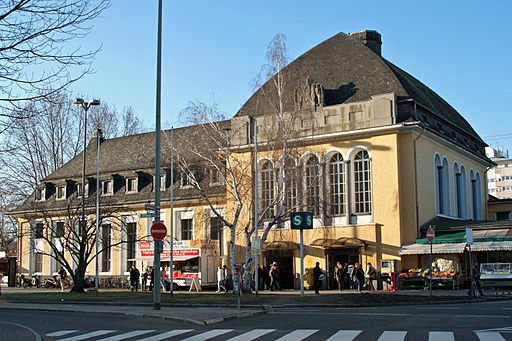 Many conceivable scenarios could have taken place on that day. The man in the sketch cannot have been a casual witness to the following events. The two men, who were repeatedly seen with the boy in connection with the park bench in the Bruno-Asch-park at around 3.20 p.m., before the crime, may have been drug addicts or men from the alcoholic scene that already existed at this time in the 1990s.

A witness observed Tristan before the crime in the company of an unknown man to whom the identikit picture later matched. The witness also revealed that the perpetrator knew his way around the area, as she believed that she had seen the perpetrator several times. The Czech road map of Germany, which was later found in the rucksack the perpetrator had initially taken with him, fits this picture perfectly. The map might have in possession of a person belonging to the homeless scene around the train station in Hoechst. Perhaps the two unknowns led Tristan to the perpetrator. A lot of rumours circulated about the victim after the crime. He had gone on for prostitution, dealt drugs, got into bad circles. None of this could be proven.

The witness, whose dog he had petted, probably only saw the unknown men from behind as she walked away with her dog and that Tristan was sitting in the middle between the two men. Whether he already felt threatened here was not revealed. Shortly afterwards, the murderer and his later victim met between 3:30 and 3:45 p.m. at the southern tunnel entrance about 400 meters from the park bench, he was seen by the lady with the dog earlier. 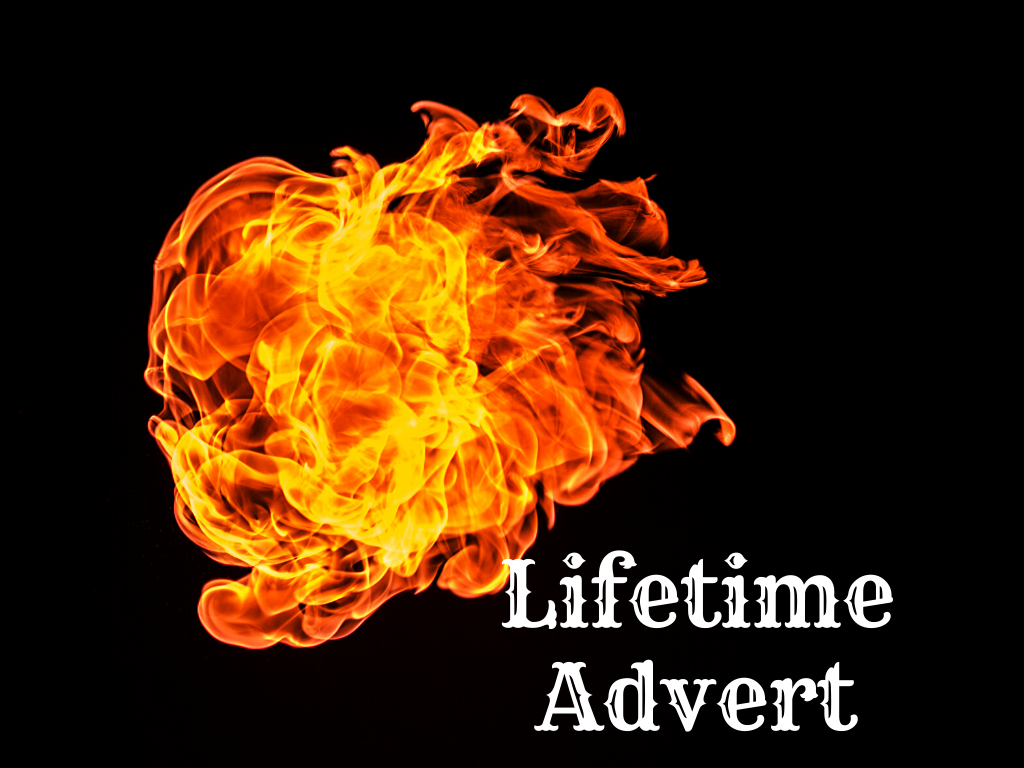 During autopsy no. 282/98, it became apparent that the boy had been severely beaten or kicked, and was strangled from behind as if in a headlock, before the perpetrator almost decapitated his victim with a cut through the neck of the boy. What happened in the minutes of the crime: Several youths, who also wanted to take the shortcut through the dark tunnel, observed someone standing bent over something, they could not see what and decided at that moment to take another route. Probably they found the perpetrator during the act of killing and did not realise this fact. This observation corresponded approximately with the time of the crime and the overall event, as the police were able to reconstruct based on forensic evaluations.

The perpetrator then dragged his victim into the almost 100-metre-long tunnel before continuing his ritualistic craft, always in danger of being surprised at any moment. In an exercise book, the perpetrator wiped the blade, leaving the negative of a kitchen knife he used for his cruel deed.

He placed Tristan's sneakers across the legs of the corpse as if he wanted to undo what he had done. He covered his face with the boy's jacket. Probably out of the rush and because he had been massively disturbed in the execution of the crime by something or someone, he made a mistake when he threw out the boy's backpack, which contained the school books. A fragment of a bloody fingerprint was left behind.

Then he disappeared unseen, probably in wet and bloodstained clothes.

Later, a youth worker informed the police after children told him about the discovery of a corpse at about 5 p.m.

It is undoubtedly clear that the perpetrator was a severely disturbed personality when he almost expertly removed the testicles from the corpse, which was then bled out in the Liederbach, and took pieces of muscle tissue and performed another draping of the body at the scene of the crime. According to the investigating inspector, the perpetrator took about 2 kg of the boy's meat with him, which may indicate cannibalism. The killer had pulled off Tristan's clothes and made an incision above the pubic bone. The killer took these pieces, which he had taken from Tristan. The mutilation and injury picture, which the forensic doctors then determined in an autopsy lasting several hours, is unique to date. Later research by the homicide squad in the USA and other countries did not reveal any "repetitive handwriting" of the perpetrator. An unprecedented investigation was set in motion by the responsible homicide squad. Thousands of men were summoned to give a fingerprint. But the perpetrator, probably a young blond man with a ponytail, remained unknown. The man, described by several witnesses, is said to have searched for other victims between the Liederbach tunnel and the allotment garden settlement adjacent to the railway line at the time.

A few days later, someone called the police. The telephone call was recorded and is in German language. If anybody may recognize the voice, it does not matter in which language the call was.

On April 2, 1998, a telephone call reached a Frankfurt law firm. There, the caller claimed that he had screwed something up. The secretary gave the caller a telephone number of a law firm specialising in criminal law, but the unknown person did not respond to the other law company.

The rucksack from the Fishbone company in black was found about a year later 35 km away in a wooded area near Niedernhausen. In it the already mentioned road map of Germany from the Czech Republic and a blue garbage bag, but no signs of body parts. A witness said that he had seen the backpack a long time before.

More than a year after Tristan's death, his grave was dug, very neatly, and the earth was shovelled onto a plastic sheet. Maybe it was done by Satanists, perhaps the perpetrator who was unable to perform his ritual when he was interrupted during he committed the original crime.

Manfred Seel, the later serial killer, who was only exposed as such after his death, when his daughter found body parts in barrels in a garage in her home town of Schwalbach in the Taunus Mountains, retired as Tristan's culprit in 2016. After an unsuccessful attempt to take Seel's fingerprints on his clarinet to compare them with those at the scene of the crime in the Liederbach tunnel, even the body of the alleged serial killer was again autopsied. The fingerprints did not match. 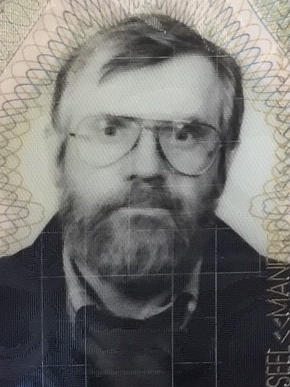 Tristan's father died in 2015, but a community of interests has been formed to preserve the memory of Tristan. To the website (German)

Therefore the Federal Criminal Police Office and the Homicide Department in Frankfurt are asking:

Who made observations on the day of the crime and did not yet or not wholly inform the police?

Who knew Tristan or people from his environment?

Who suspected a particular person as the perpetrator?
It could be conspicuous, for example, that someone has changed his behaviour, expressed suspicion or left his usual living environment without any recognisable reason (escape).

One part of the crime probably took place in the Liederbach. The perpetrator's trousers and shoes could, therefore, have been at least partially soaked. Who noticed a person with soaked and/or bloodstained clothing on the day of the crime? 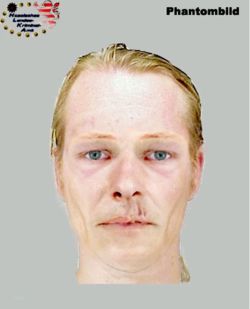 Description of offender according to identikit picture

slender - even described as lean - figure

scar in the area of the upper lip, possibly
"Harelip.

Dark blond, greasy, long hair, which is or was worn as a plait or ponytail

The Frankfurt Criminal Investigation Department, therefore, asks persons who know the man depicted and described to report to the Specialist Commissariat for Homicide Offences (K 11), telephone number 069-75551108, or any other police station. (Jürgen Linker, 069-75582100)

The public prosecutor's office in Frankfurt/Main has suspended a reward of 15,000 euros for information leading to the investigation and capture of the perpetrator(s). The awarding of the reward is subject to the exclusion of legal recourse. The reward is not intended for officials whose professional duty includes the prosecution of criminal acts.

A further reward in the amount of 5.000,-- Euro has been offered by a private person and is valid for an unlimited period of time.

Notes to the Frankfurt Homicide Department:

loading...
More in this category: « Who murdered Detlev Karsten Rohwedder?