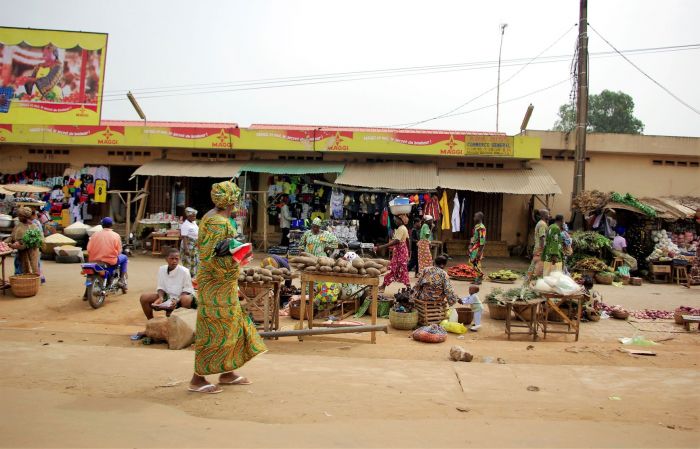 We refer to yesterday's first article about the IMF Scam. We wanted to know what was going on and wrote the perpetrators under a legend. The perpetrator group had contacted us yesterday concerning the IMF. Today, the notable drawback came, with which the perpetrators earn money.

Some tax and some fee, which of course only exists in the plans of the perpetrators. Neither the actual amount nor the person exists.

A subculture has formed in the West African states, which nauseatingly charges Europeans and Americans, Asians and Latino's. Indeed, about God and how capable the perpetrators are. They are dangerous criminals, who, if you pass on your data to them, are taking the mischief. This goes so far as to manipulate or falsify the portals of Western Union. Western Union and MoneyGram should reconsider their involvement in Africa, or the EU, the USA and Latin America, as well as Asia, should ban the two payment service providers.
You run the risk that with your name, your data, new crimes even trafficking human beings, drug trafficking and money laundering are pursued.
The initiators stop at nothing. They do not care about human life at all. They exploit the information to the point of excess and forge official documents and blackmail wherever possible. In Benin, they seem to see things differently. The police do not care about such excesses. The same applies to Congo, Nigeria, Burkina Faso, Ghana and increasingly for Côte d'Ivoire.  They seem to live on scamming. Corona increases the action of the scammers.

I am still waiting for the payment information. If possible, do send the payment receipt for record purposes.

Due to the limited time for this transaction and other security reasons, I will advise you not to disclose this transaction to a third party until your total fund is transferred to you. This security measure is because the amount involved is a huge amount of money, to avoid much hitches.

Attached is  a photo of my family. I will like to know if you will be able to send the fee through WORLD REMIT." 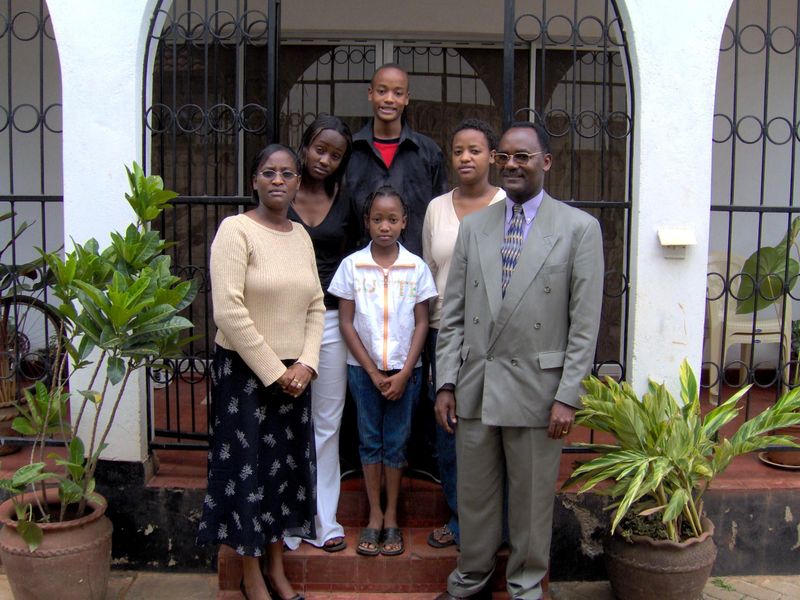 The forgery became obvious and the perpetrators did not want Western Union to be questioned about the truth. They quickly wanted money via World Remit, another financial service provider. This group of perpetrators attracted attention in connection with the Love Scam of the "Alina programme" and the subsequent money laundering. It is clear that the operations of this group in West Africa extend as far as the Congo.

Even the passport is a complete forgery. 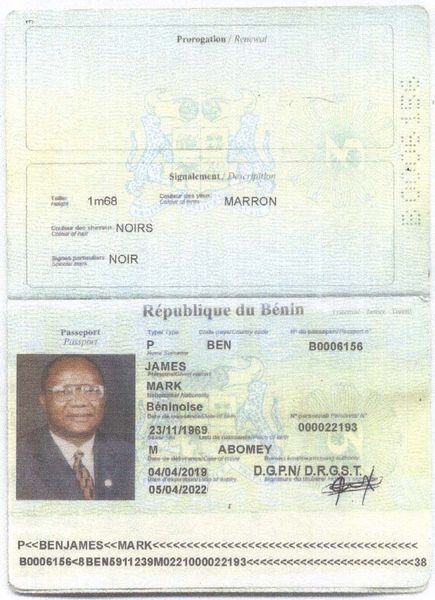 Western Union has done too little to control the West African mobsters. Profit is the key, not the normal course of events. Whether African employees of Western Union are involved in the scam cannot be confirmed at present but it is most likely.

Firstly, we want to assure you that this is not one of the fraud/scam messages you receives promising you for millions of dollars. Be rest assured that this is your compensation because your email address is on the scam victim's list.

After receiving your message, we instantly sent the first payment of $5,000   to your given name.  As I was trying to email you the payment information for you to go and pick up the payment in your country, I got a call from the Western Union Headquarters in Colorado, United States, and they brought to my attention that the $5,000   we sent to you has been  CANCELLED and the remaining $995,000.00 has been placed on hold by them (THE WESTERN UNION HEADQUARTERS) through our network.

I asked them why, and they said that the Inland Revenue Tax Authority here in  Benin  Republic  reported to them that we are transferring such amount of money without the Non-Resident Tax Clearance Certificate of the beneficiary.

So, after I cut off the conversation with the head office, I called the Inland Revenue Tax Authority here to know how the clearance could be obtained from them and the cost of obtaining it. They said that it will cost $88 only to obtain the certificate and it will take only 1 – 2 hours for the clearance certificate to be ready.

I later called the head office back and asked them if there is any other thing to do after the clearance is obtained, and they assured me that once the clearance certificate is forwarded to them, they will instantly release the funds without any delay.

The information of the payment we made today is enclosed.

For self-confirmation, you can track this payment online with Western Union official website, copy this link and paste on your browser  https://www.westernunion.com/global-service/track-transfer after filling the information, click Continue.  Note; if you track this payment, the status will show you that the payment has been Cancelled.  Note that you can NEVER be able to pick up this payment in your country until the fund is released by the head office.

Due to the urgency this required, we tried to deduct the fee from your fund but it was unsuccessful because your fund is currently on hold. However, you are advised to go ahead and send the Non Resident Tax Clearance fee of $880 via MONEY GRAM or WESTERN UNION so that we will assist you and obtain the certificate from the office. Here is the information you will use to send the $880.

Do send us the payment information as soon as you made the payment. If you can send the fee today, you will pick up the first payment and we will send you another $5,000 today as the clearance certificate is the only thing holding the transfer. Note: you have to try and send the clearance fee as a matter of urgency because the head office will confiscate your fund and divert it to the government treasury if you did not comply urgently.

Remember, we were instructed by the IMF to return any unclaimed payment file after 72 hours if the beneficiary did not comply to claim his/her funds.  So, if you will send the fee but you can not send it within 72 hours, let us know so that we will report to the IMF that you are complying so that they will not ask for the return of your own payment files.

Meanwhile, we will be waiting for the fee of $880 and under 30 minutes to 1 hour of confirming the payment, you will receive the first payment slip in your inbox.

loading...
More in this category: « Ms Jodie D. Williams - Super scam with the war in Syria Scammer-Greetings from the closet »